Layover in Honolulu on our way to Tokyo 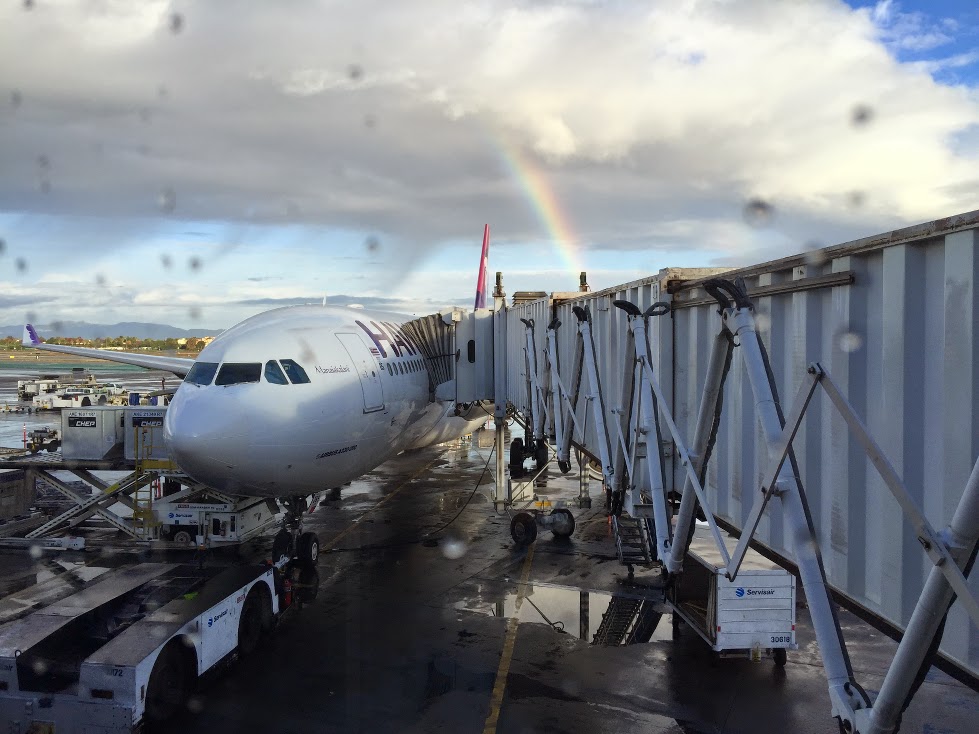 Our Asia vacation started with a flight from Los Angeles (LAX) to Tokyo (HND) with a 6-hour layover in Honolulu (HNL).  We flew on the Hawaiian Airlines Airbus A330-200 in economy class.  The rain cleared up prior to our departure, and a nice rainbow in the distance greeted us.

Our flight departed at 8:37am, and it was a pleasant surprise to be served a light breakfast shortly after takeoff.  Breakfast consisted of an assortment of fresh fruits, cheese, crackers, and chocolate covered macadamia nuts.

We were pretty annoyed that there was very limited in-flight entertainment.  The only thing we could watch for free was 2 complimentary documentaries about Hawaii.  If we wanted to watch a movie, we had to pay $7.99!  No thanks. 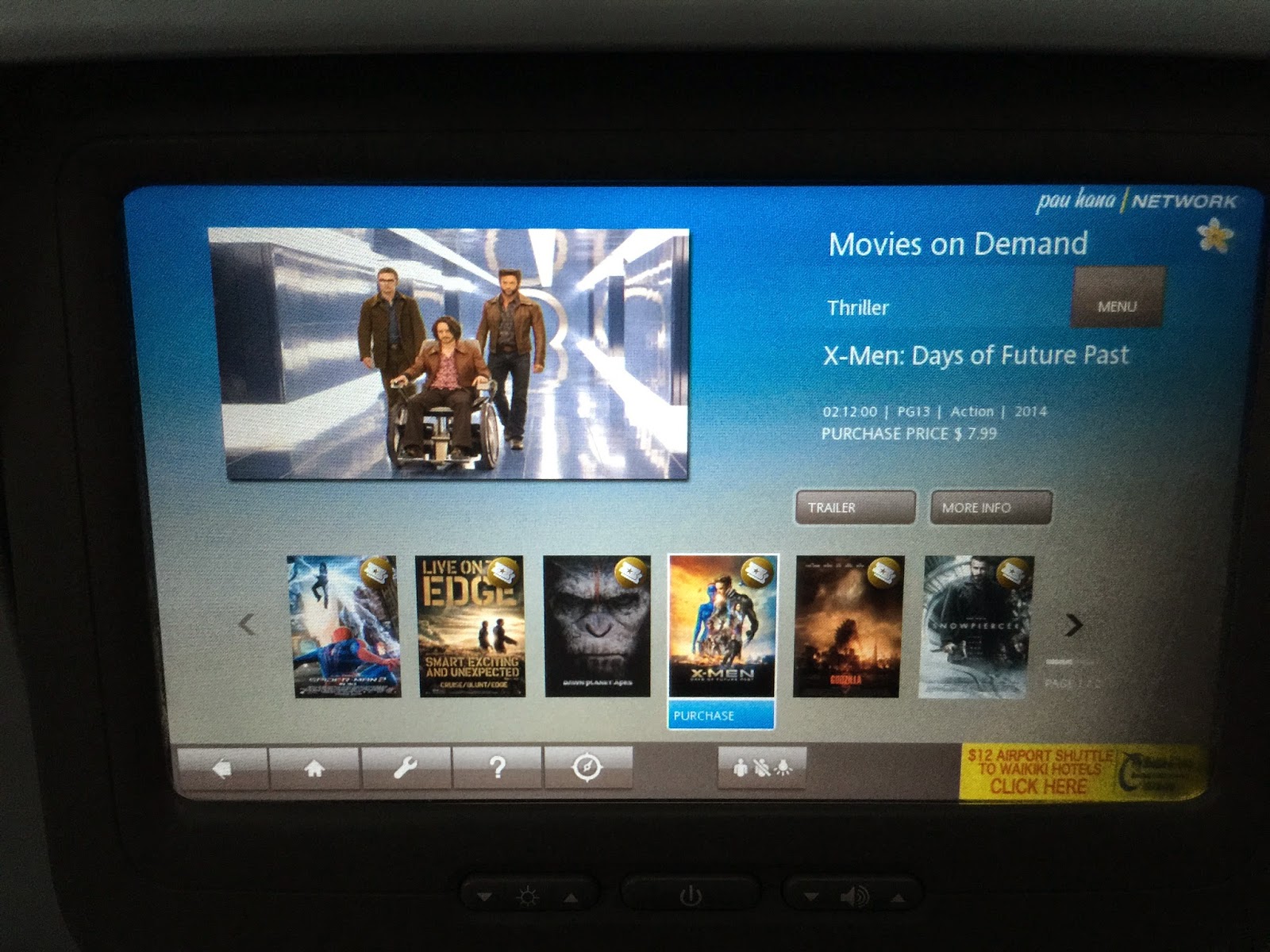 When we landed in Honolulu, we called Uber for a quick ride from the airport to the Rainbow Drive-In restaurant. 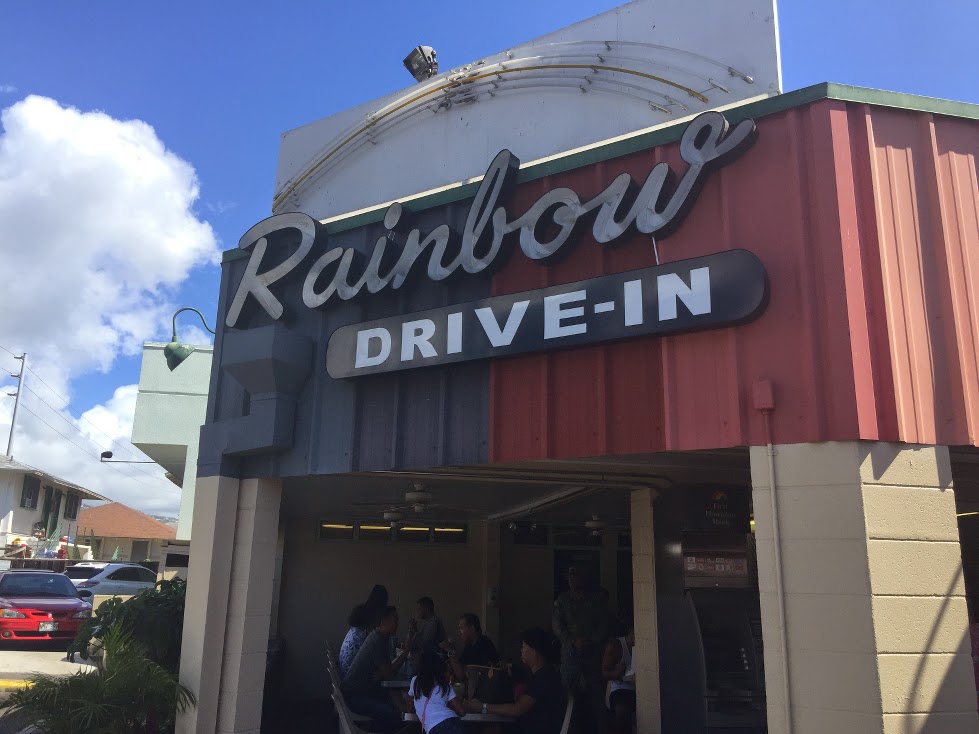 Founded in 1961 by Seiju Ifuku, this restaurant serves hearty and affordable plate food to locals and tourists alike.  The locals all highly recommend this restaurant.  Even President Obama enjoys the local style plate lunch here.  A plate lunch is usually made with two scoops of rice, one scoop of macaroni salad, and some type of meat.

I trusted the yelp reviews and ordered the Shoyu chicken, which isn’t offered daily. 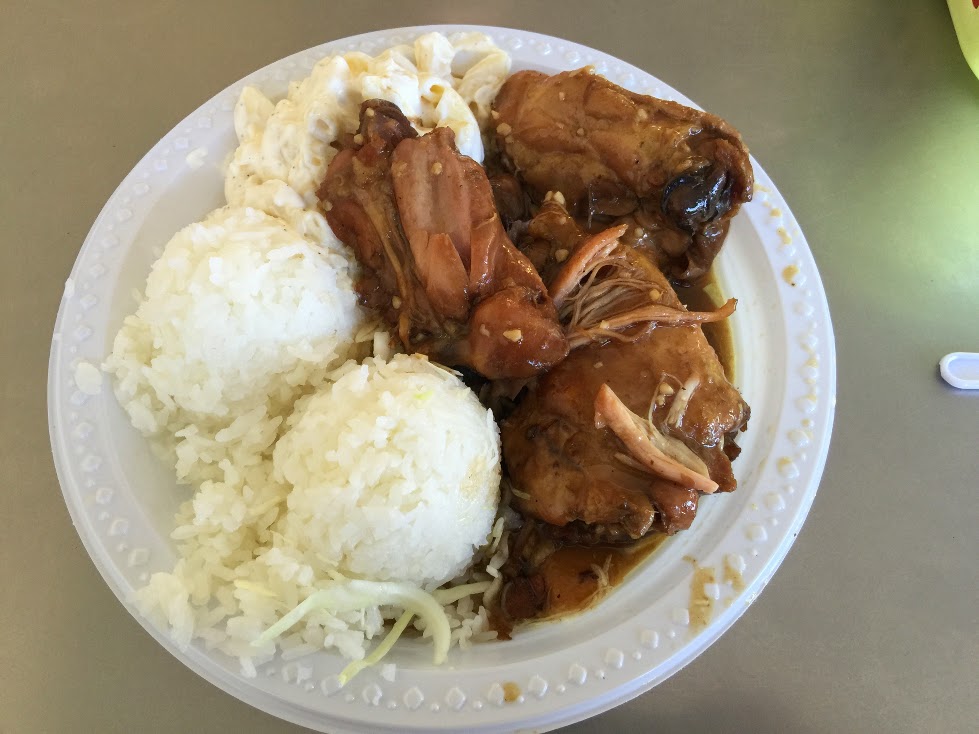 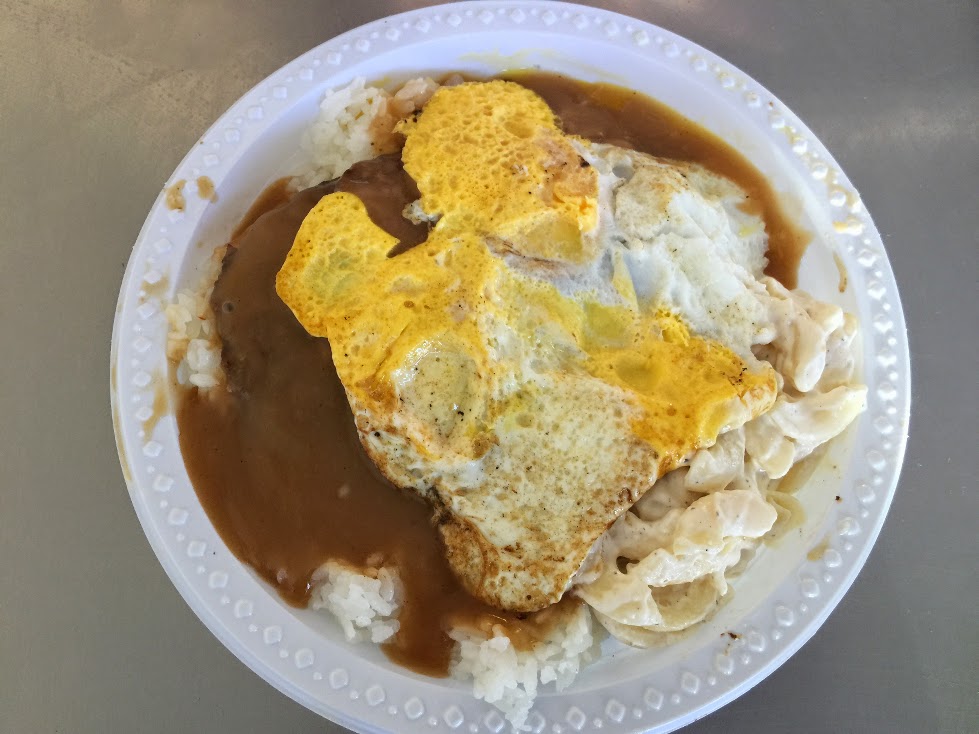 The portion sizes were very huge and filling.  Lunch for the both of us was only $15.75.

After lunch, we walked over to Waikiki Beach.  It was really hot this day so we didn’t stay on the beach too long. 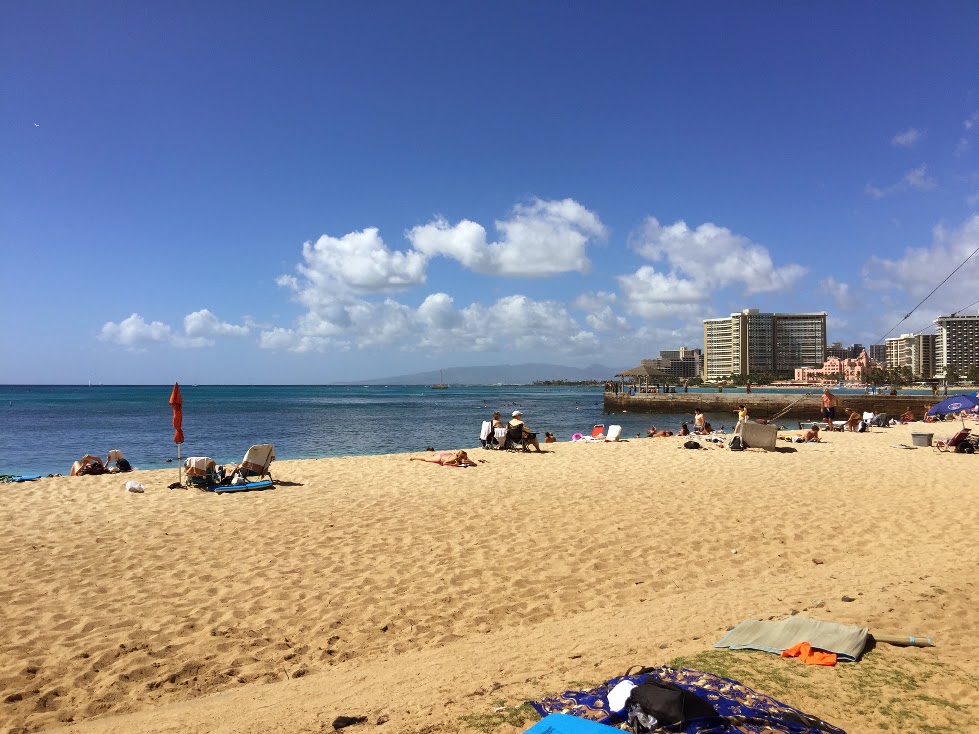 We saw some very cool looking trees outside of the Honolulu Zoo. 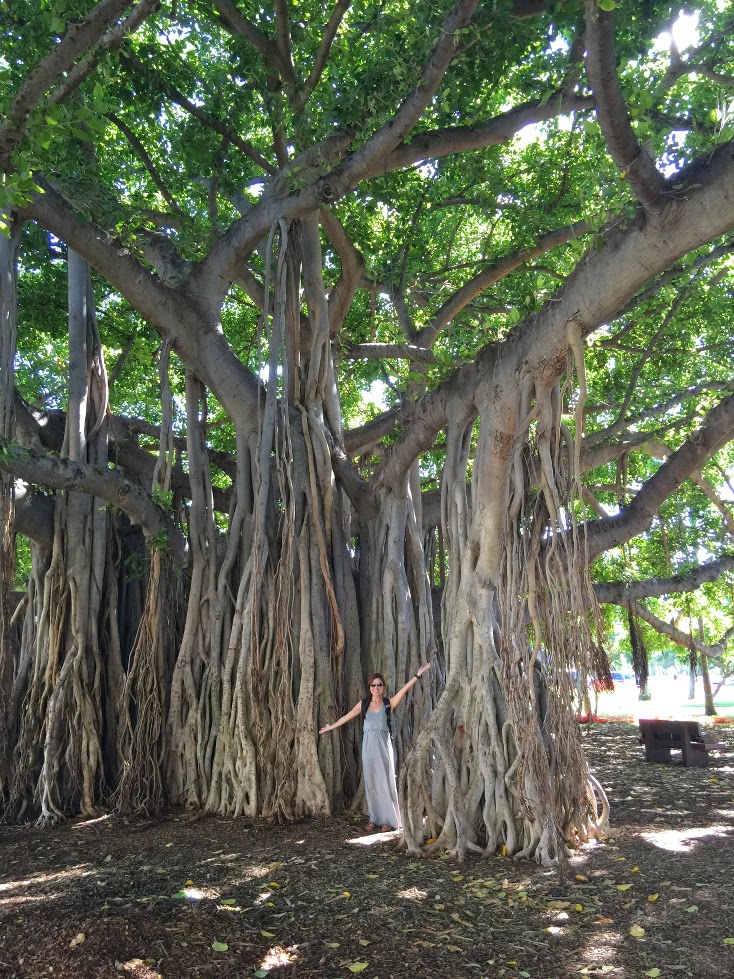 We didn’t want to be late for our flight to Japan, so we called up another Uber driver to take us back to the Honolulu airport.

Lounging at the airport 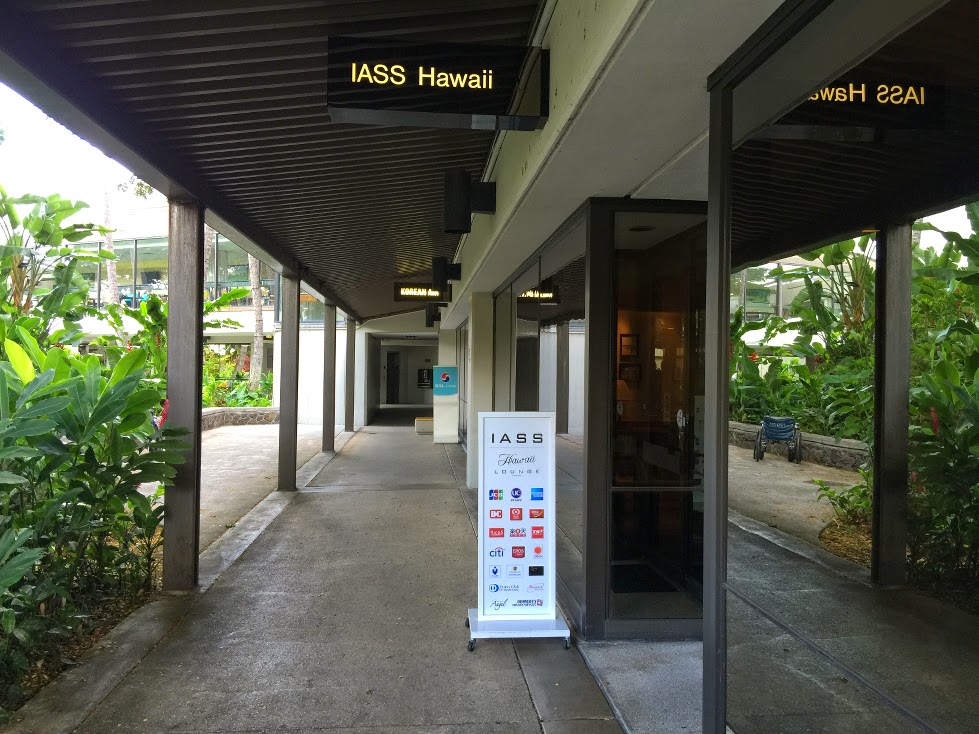 There are several airport lounges at the Honolulu airport.  First, we dropped by the IASS Hawaii Lounge.  This run down lounge was probably the worst airport lounge we have been to. 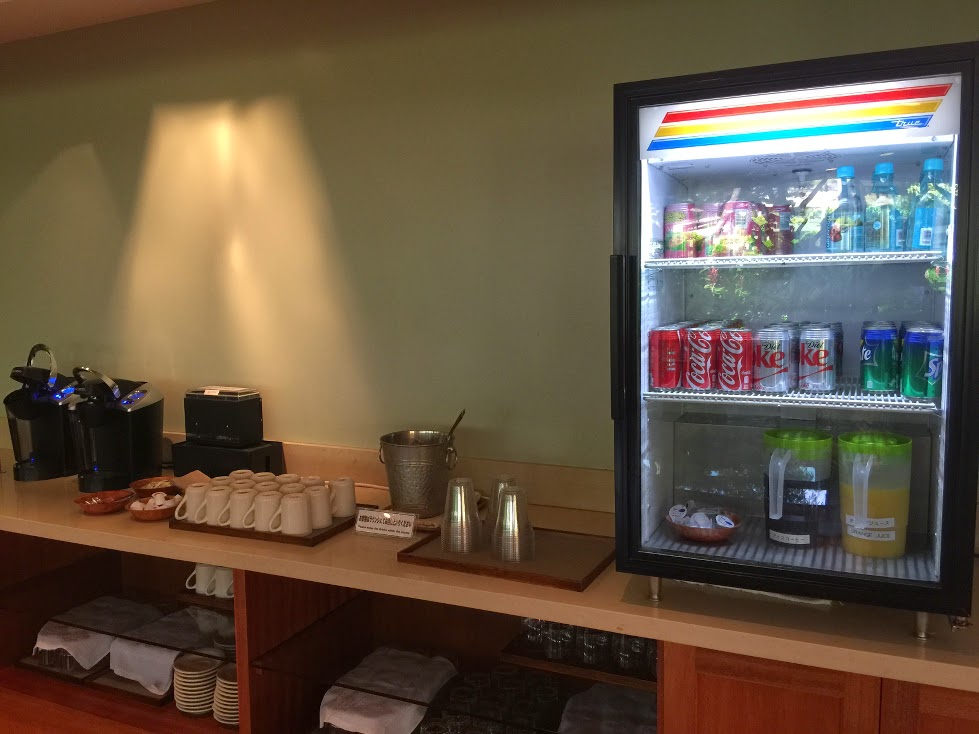 The air conditioning didn’t seem to be working.  There was no food here, only a few varieties of soda, guava juice, coffee, and bottled water.  The furniture looked very old and felt dirty. 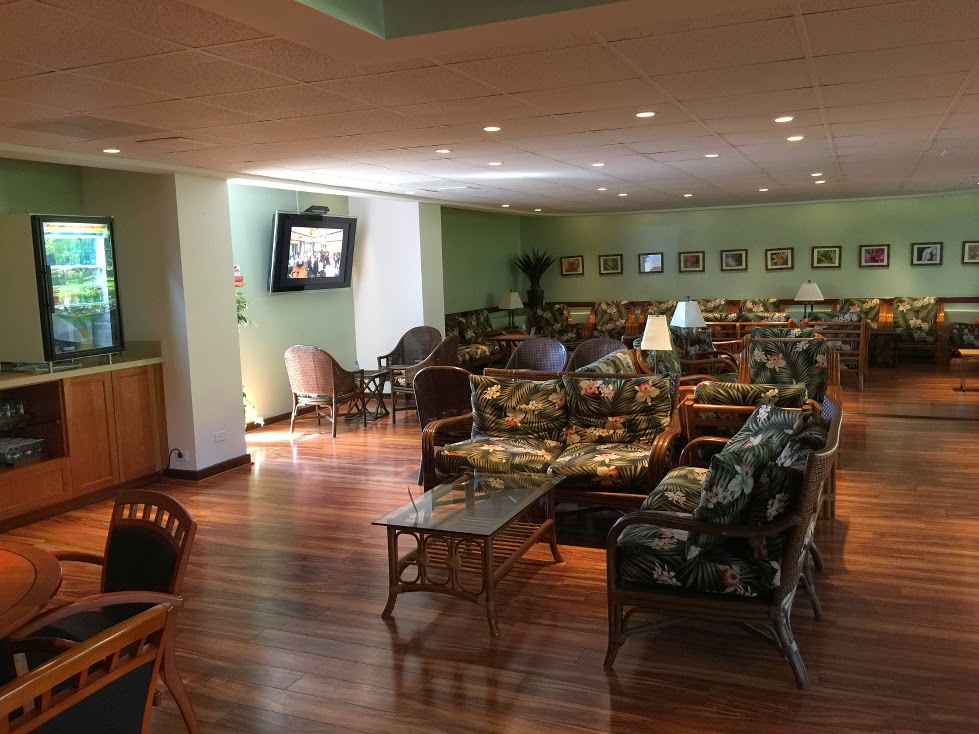 Pass on this lounge; your time is better off spent elsewhere.  We should have checked out the terrible Yelp reviews first.

The next lounge we visited was the American Airlines Honolulu Admirals Club.  This lounge was way better than the IASS Hawaii Lounge. 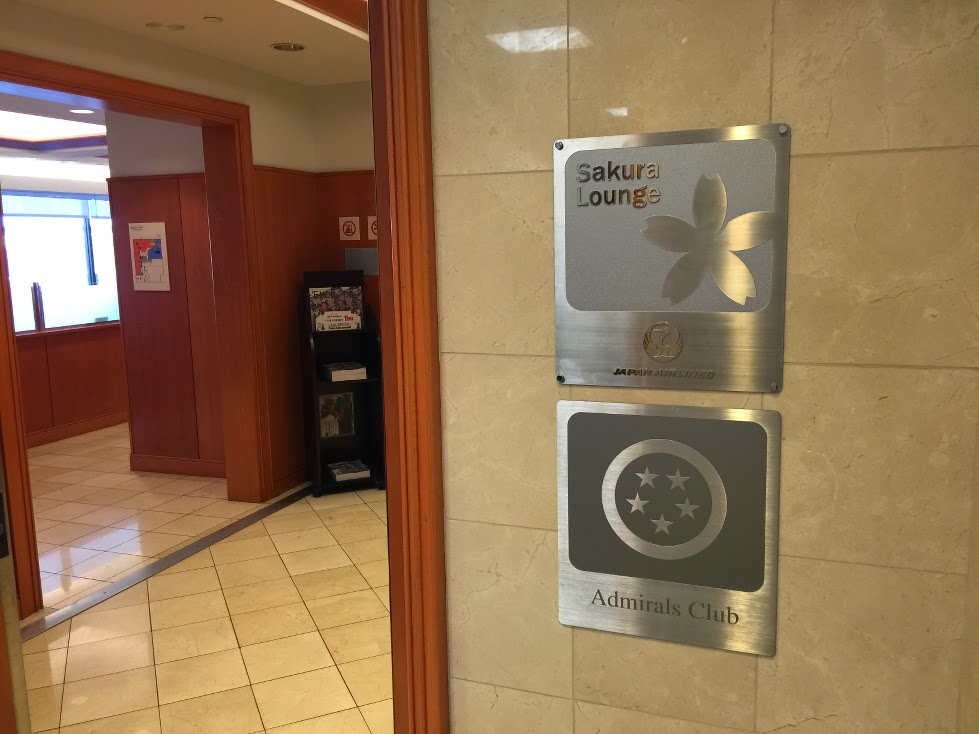 The Honolulu Admirals Club was much more spacious, had plenty of free soda, beer, wine, and snacks and food. 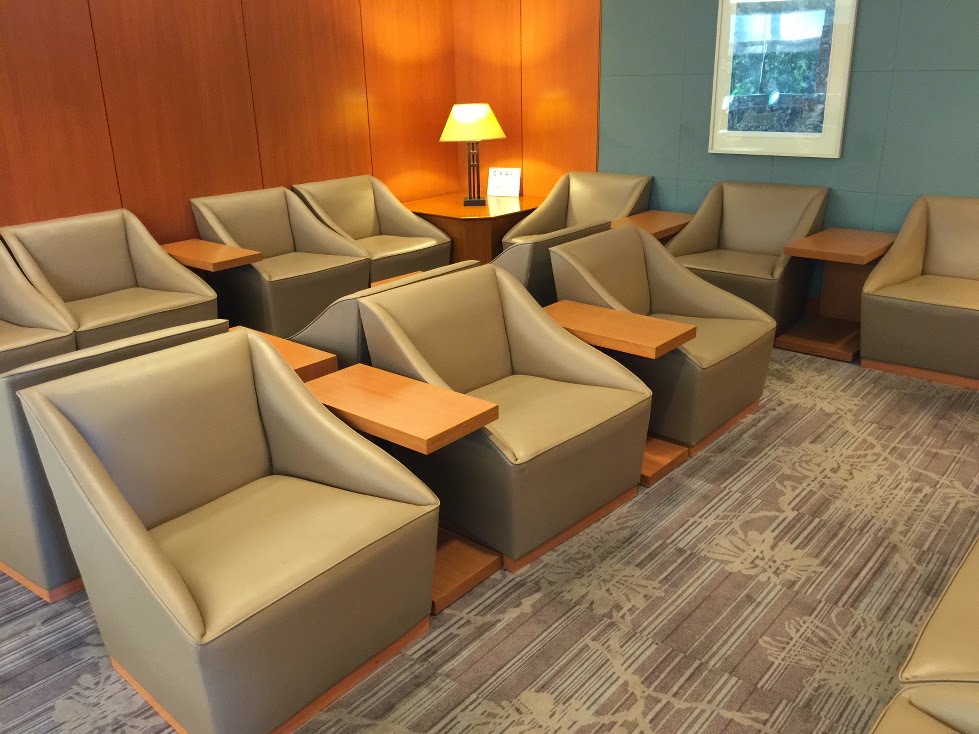 We had some tasty chicken soup and instant ramen. 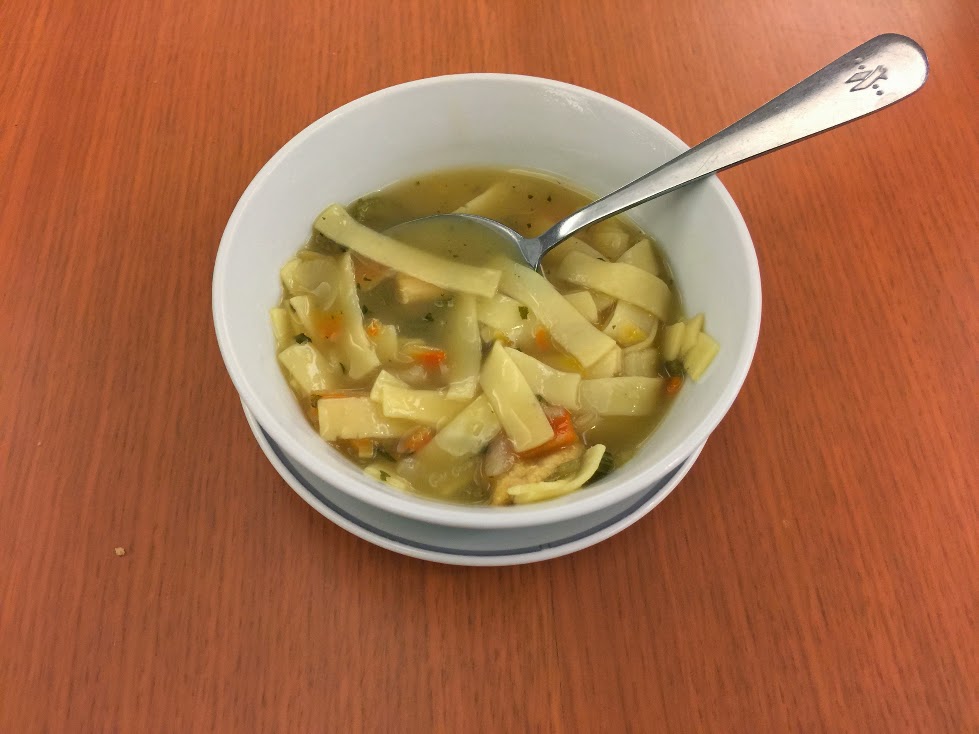 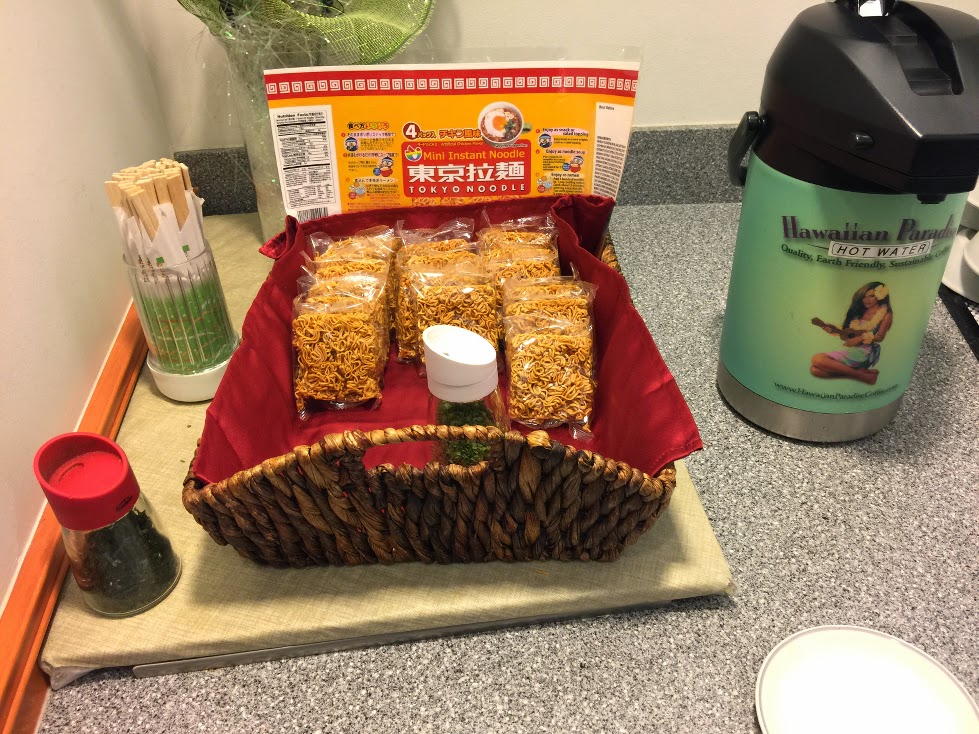 There were several massage chairs to sit in.  And the air conditioning worked fine.  The bathroom had Japanese style heated toilet seats.  There were showers available for use.  This lounge was great, and Yelp reviewers agree. 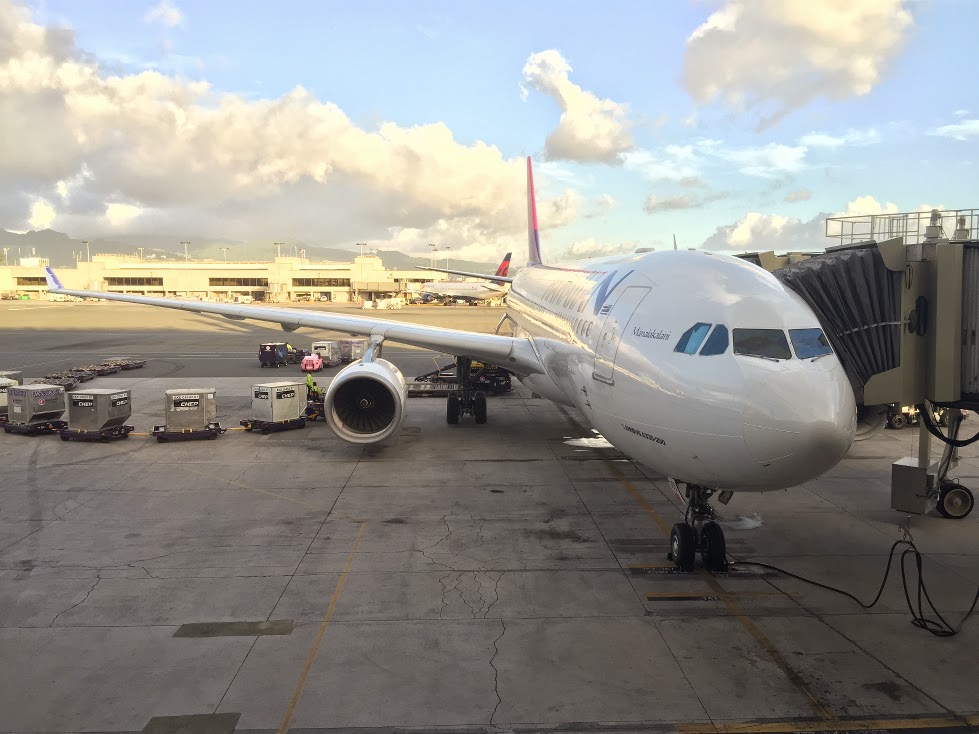 When it was time, we boarded another Hawaiian Airlines Airbus A330-200 in economy class to fly to the Tokyo airport (HND).  Interestingly, on this international flight, the movies and television shows were all free. 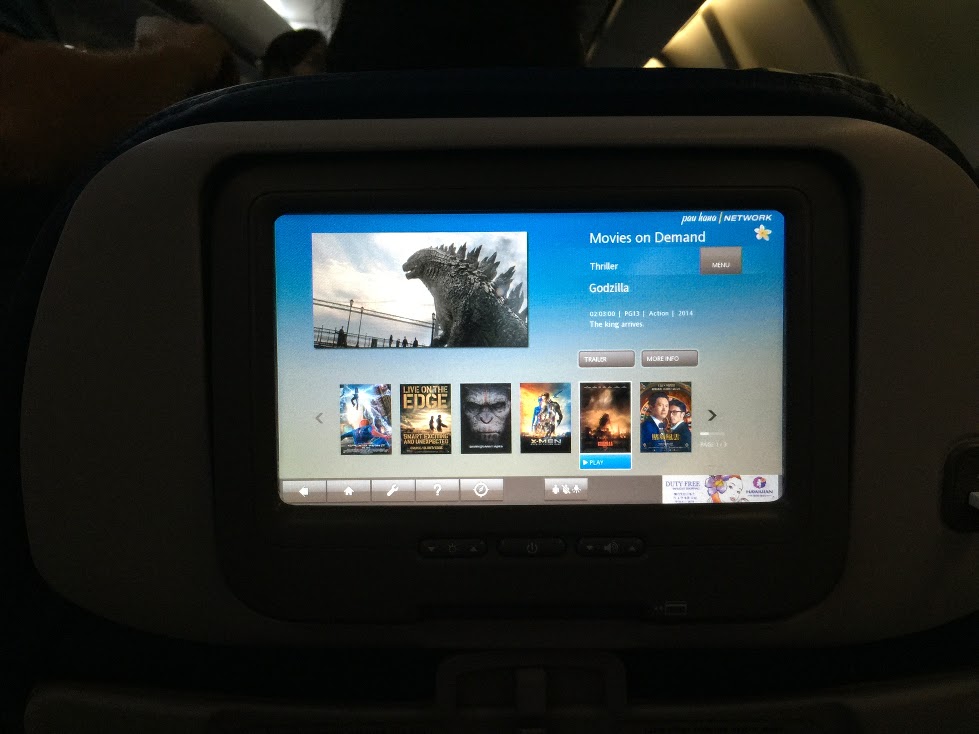 For dinner, we had some chicken, vegetable and rice dinner with coleslaw and chocolate cake. 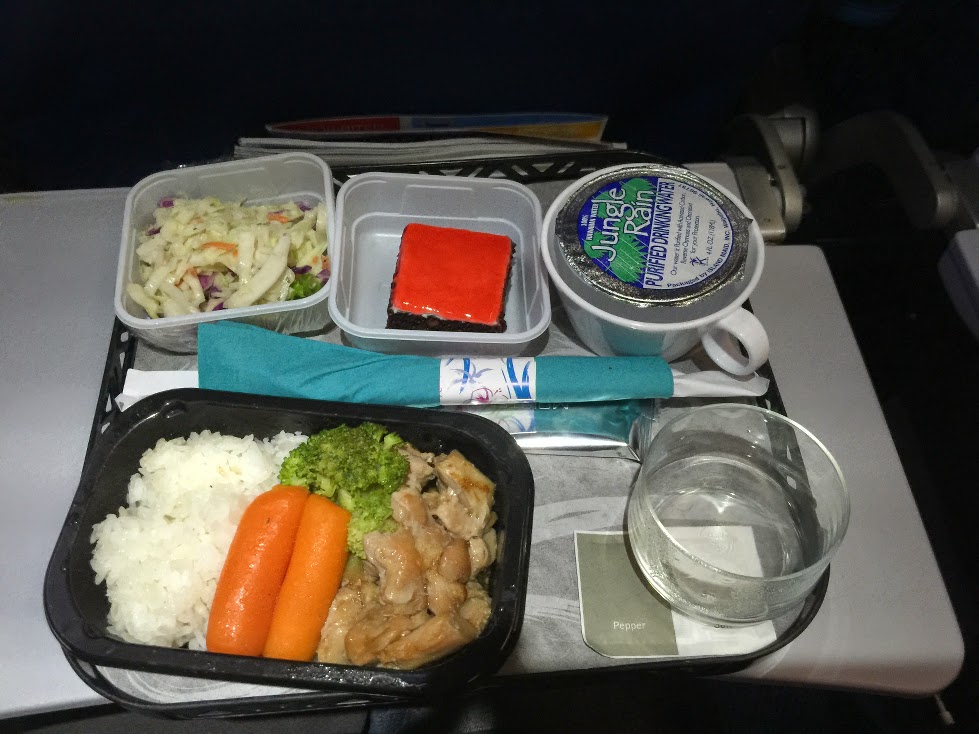 I watched Godzilla and then took a nap. 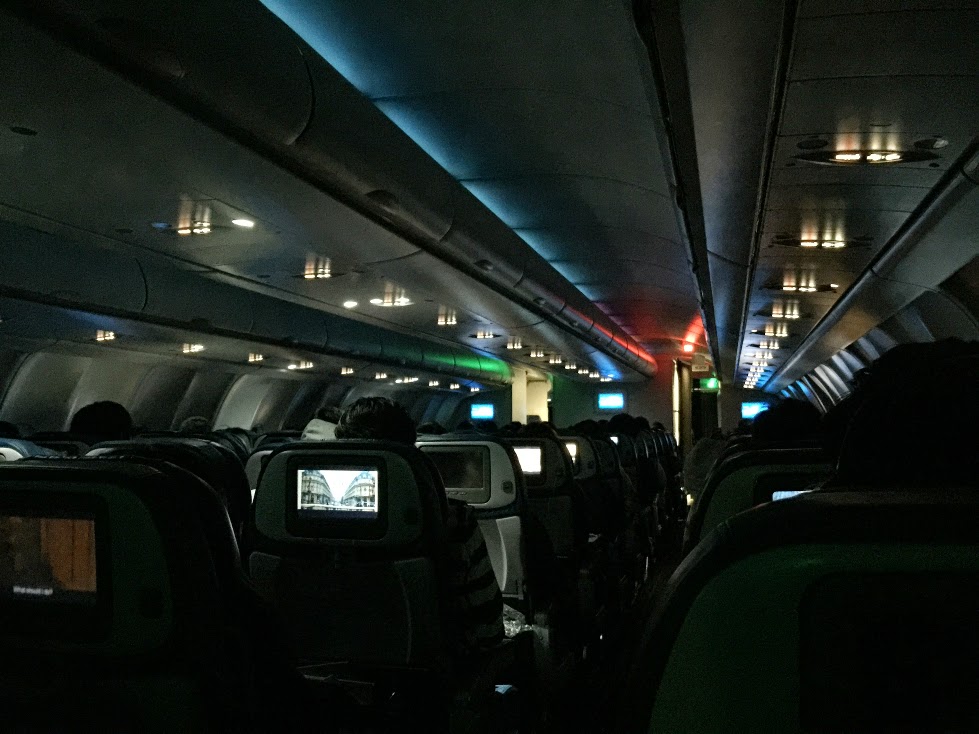 When I woke up, we were presented with a light snack: an egg salad sandwich and cranberry brittle. 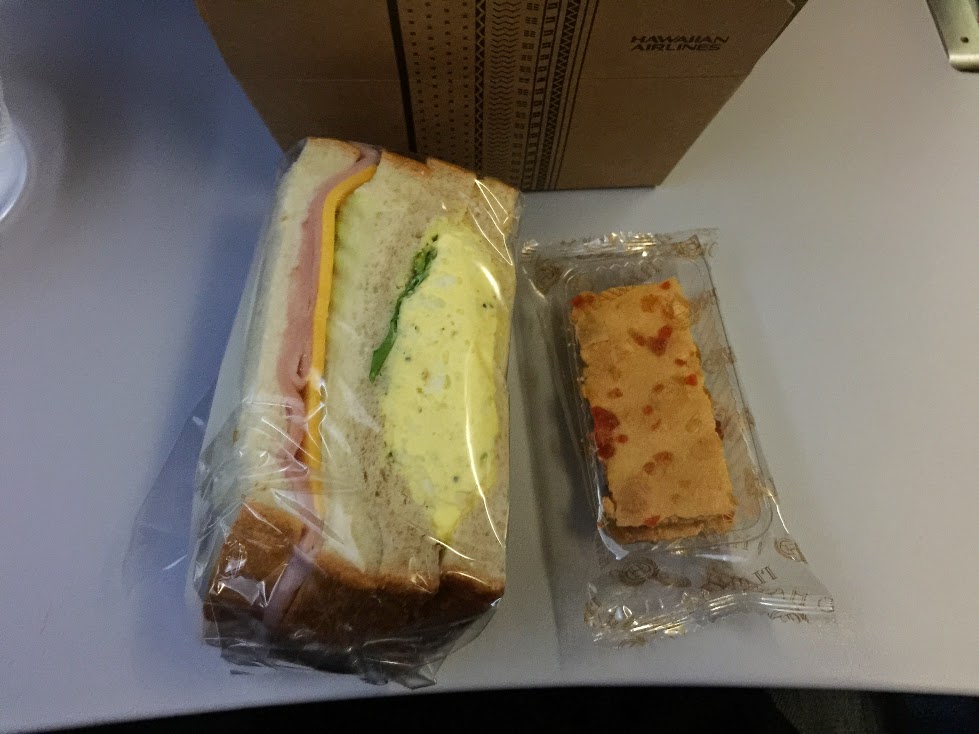 Our flights cost us 25,000 American Airlines AAdvantage miles each, or a total of 50,000 miles.  We landed in Tokyo at 9:49pm local time and took a cab to the Sheraton Miyako Hotel Tokyo.  Thanks to Starpoints, we were able to stay here for 5 nights for 40,000 points. 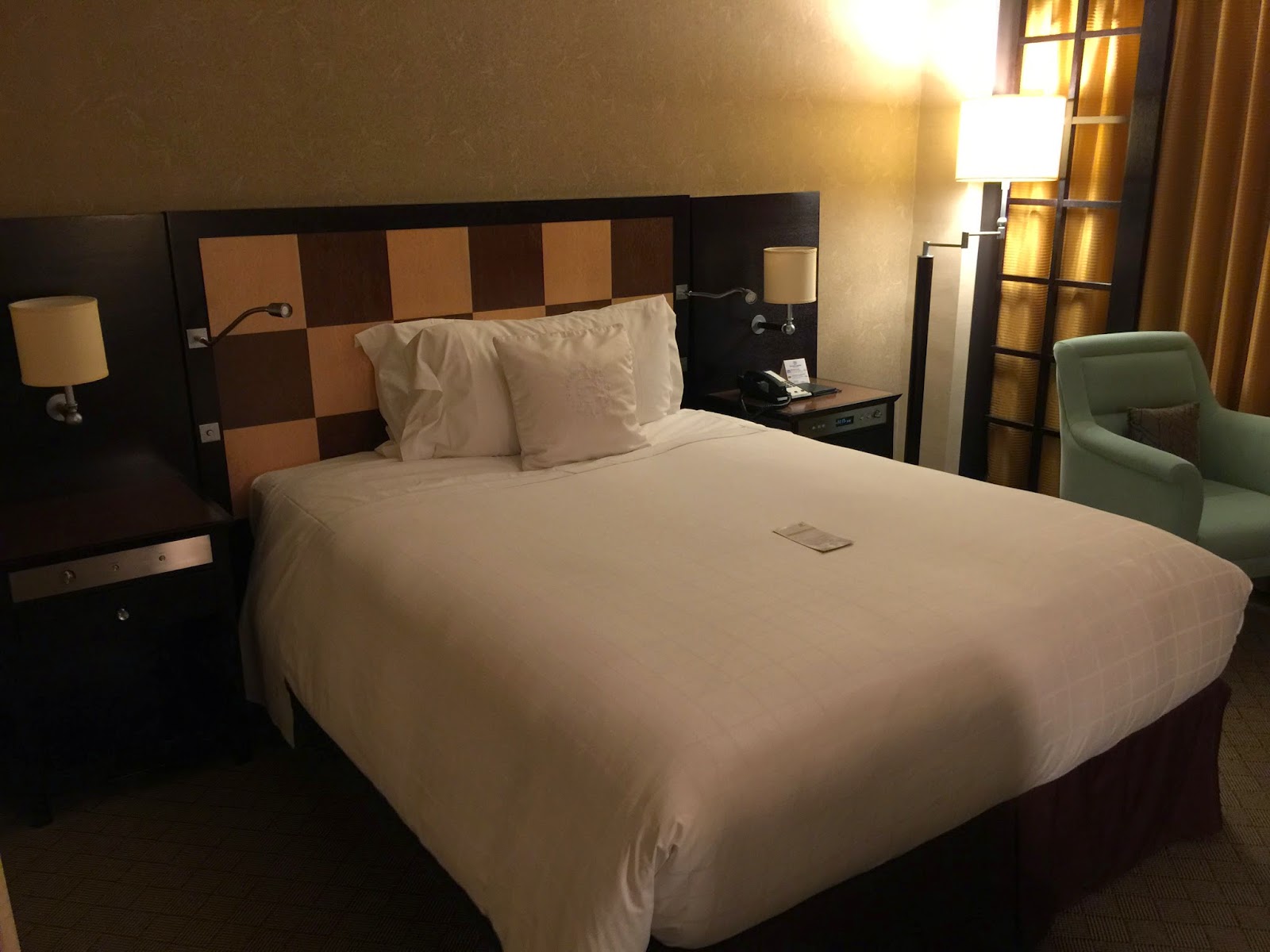 The bed was extremely comfortable and we knocked out quickly.