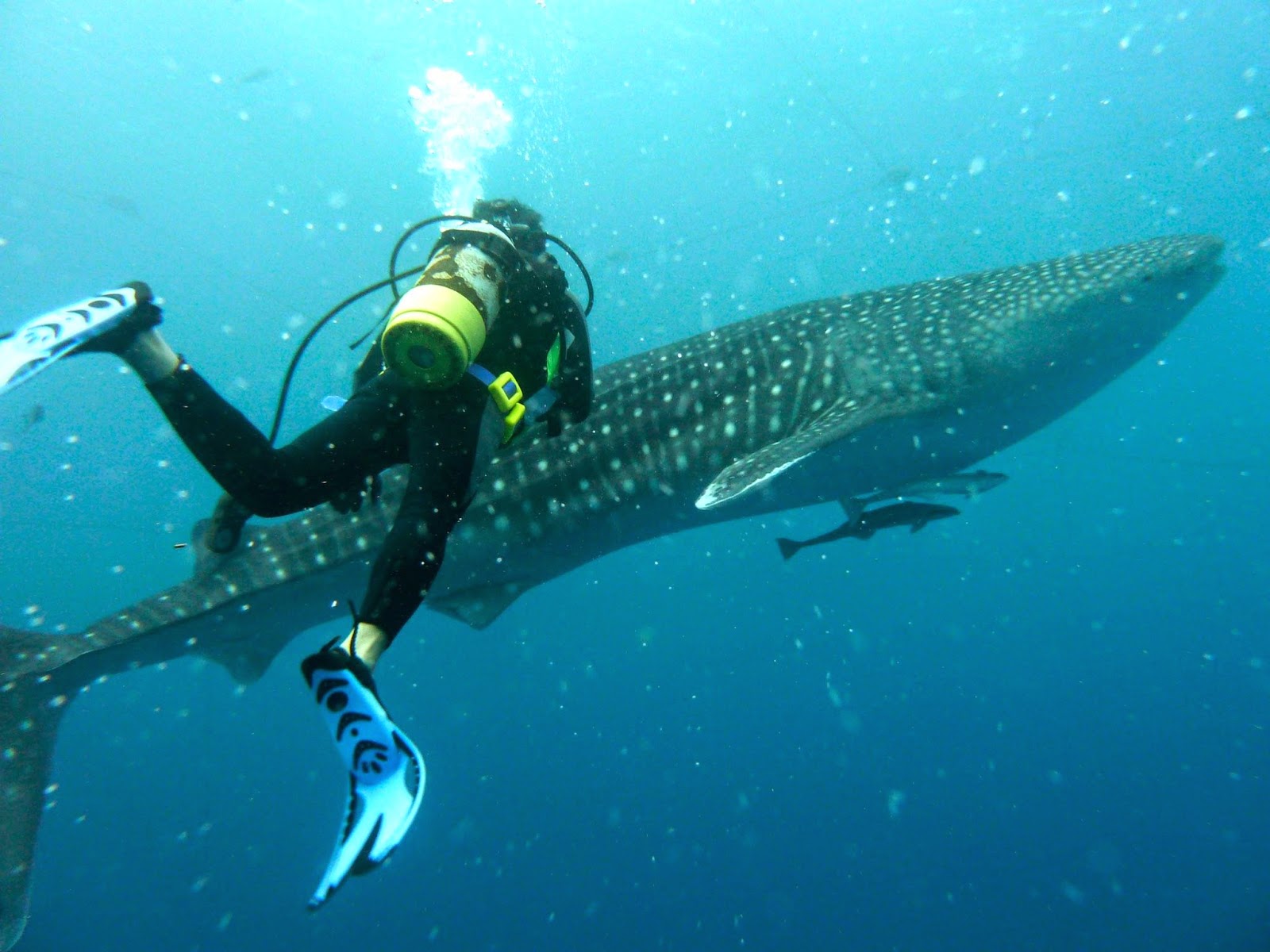 The variety of coral reefs and sea creatures make Okinawa one of the best places to scuba dive.  With water temperature ranging between 70 to 86 degrees, you can scuba dive all year long.  My wife and I met up with a friend in Taiwan who joined us for our Okinawa visit.  The day after we landed in Okinawa, my friend and I set out to scuba dive around Okinawa.  We went diving on two separate occasions. 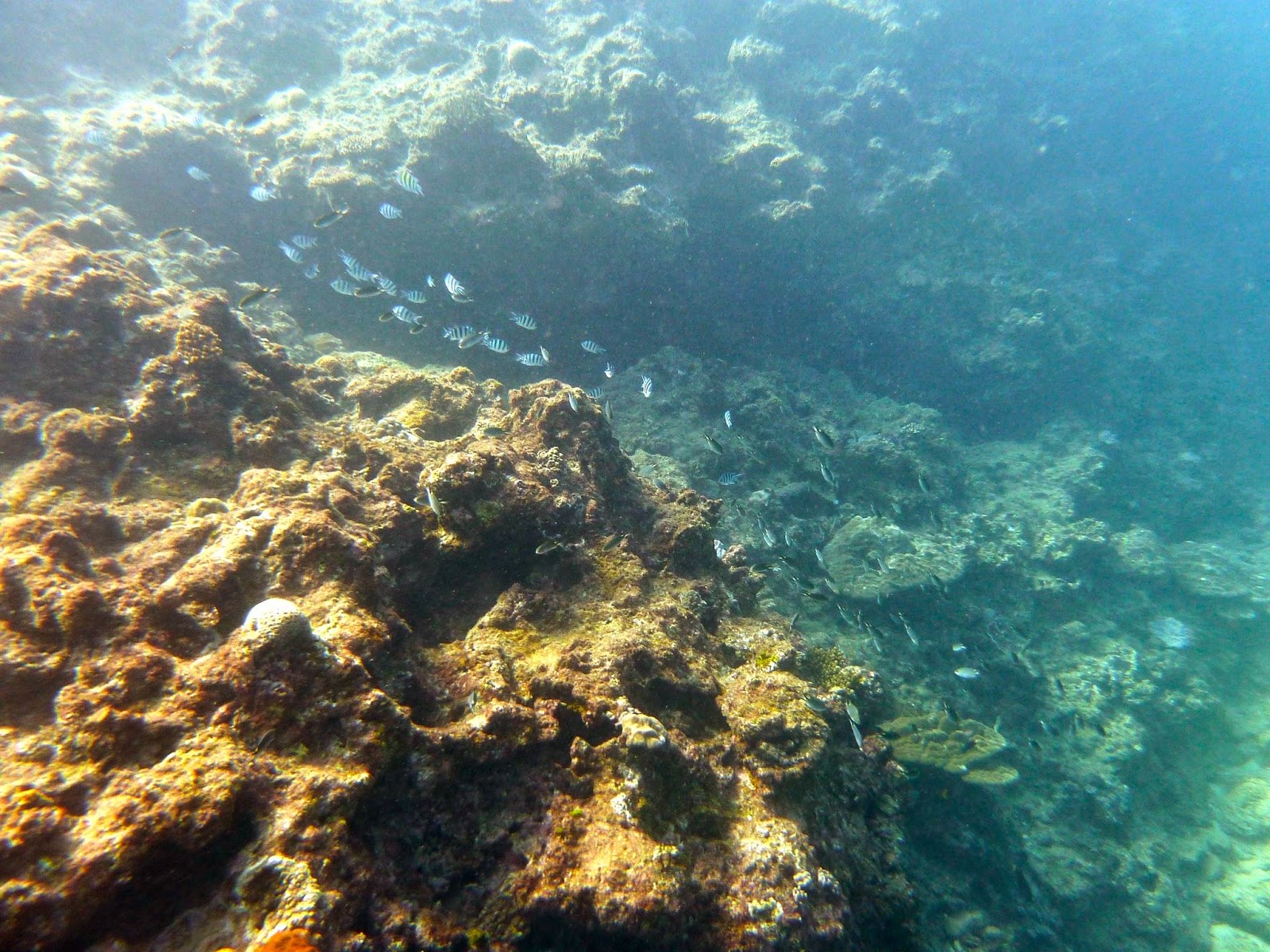 We first booked a 3-tank dive with Reef Encounters for 22,500 Yen ($190).  Originally we wanted to go to the Kerama Islands, and area of exceptional diving.  Unfortunately for us, the weather was very poor on this day: It was windy, there wasn’t much sun, and it was very cold.

Our dive master took us to dive around Motobu instead.  Here we dove around various coral reefs and rock structures. 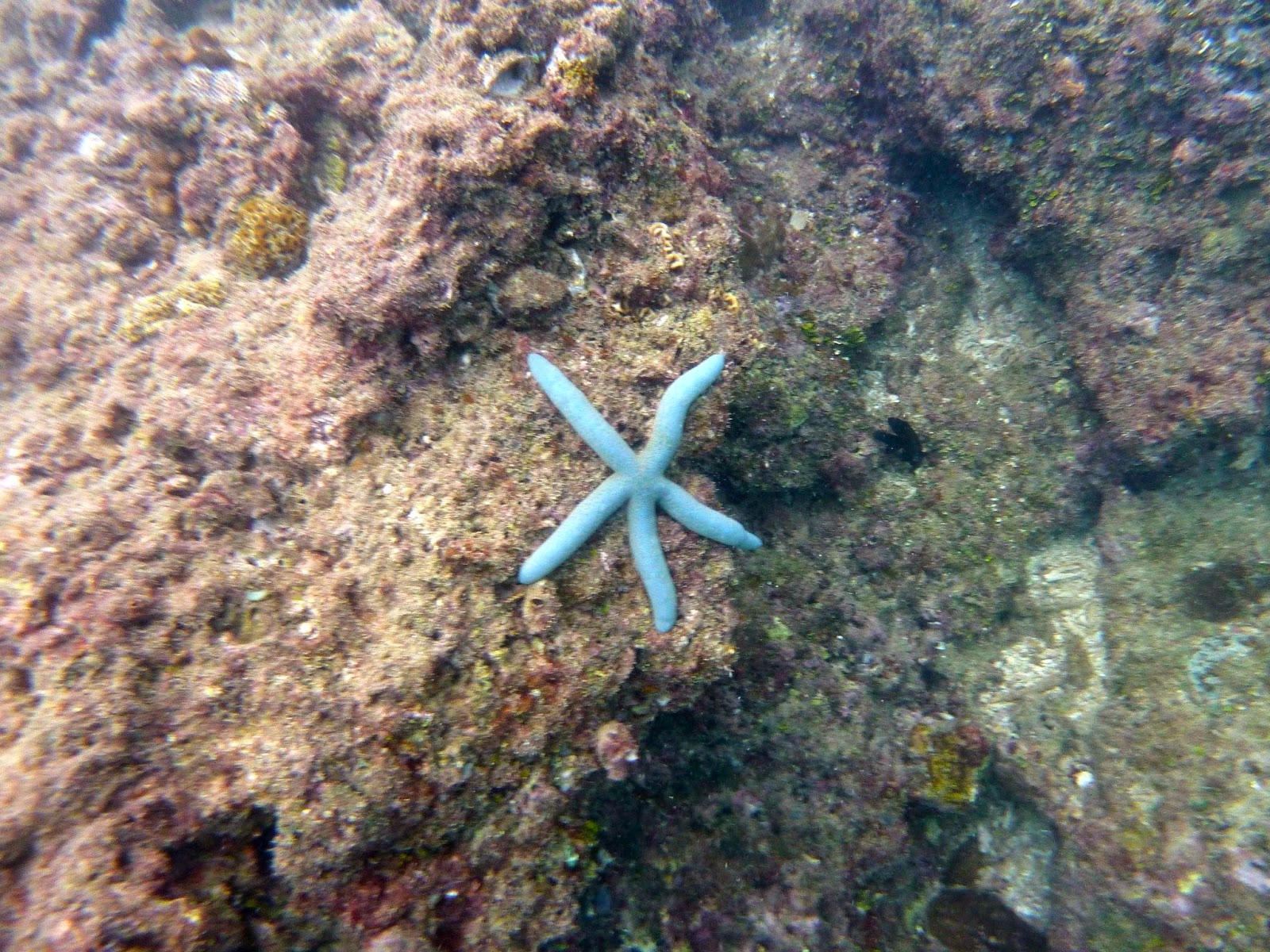 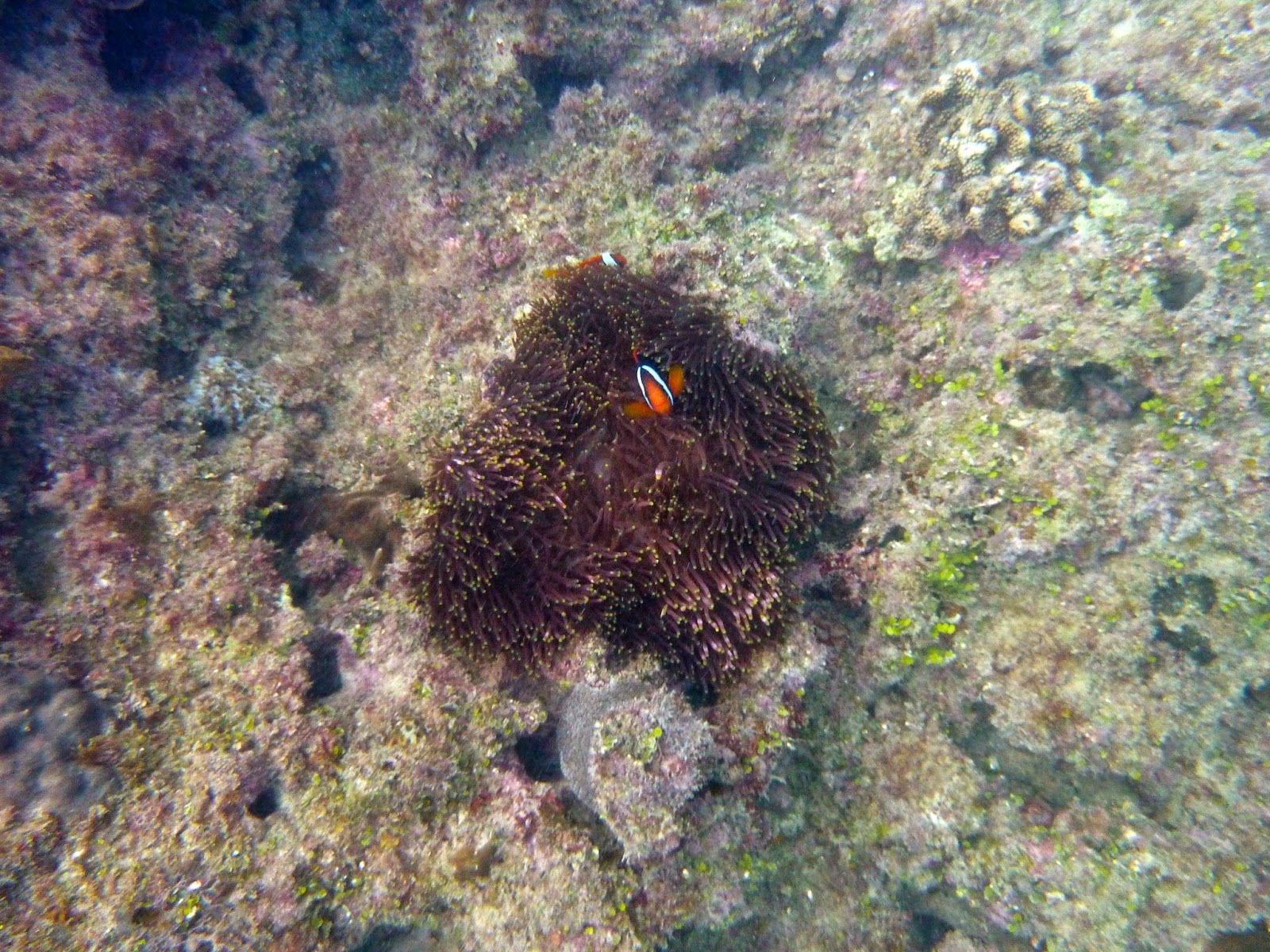 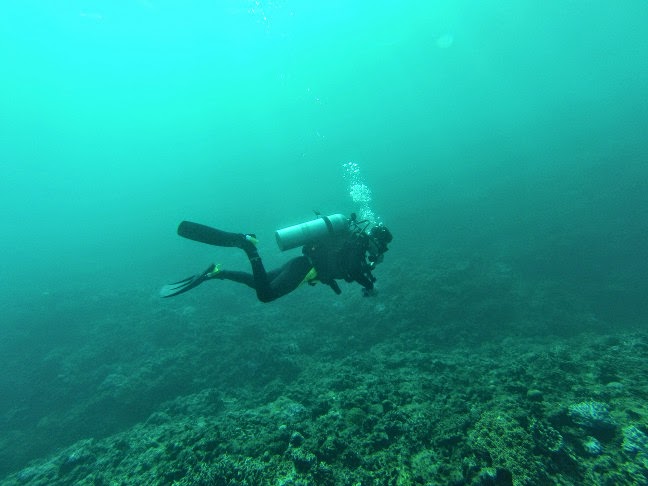 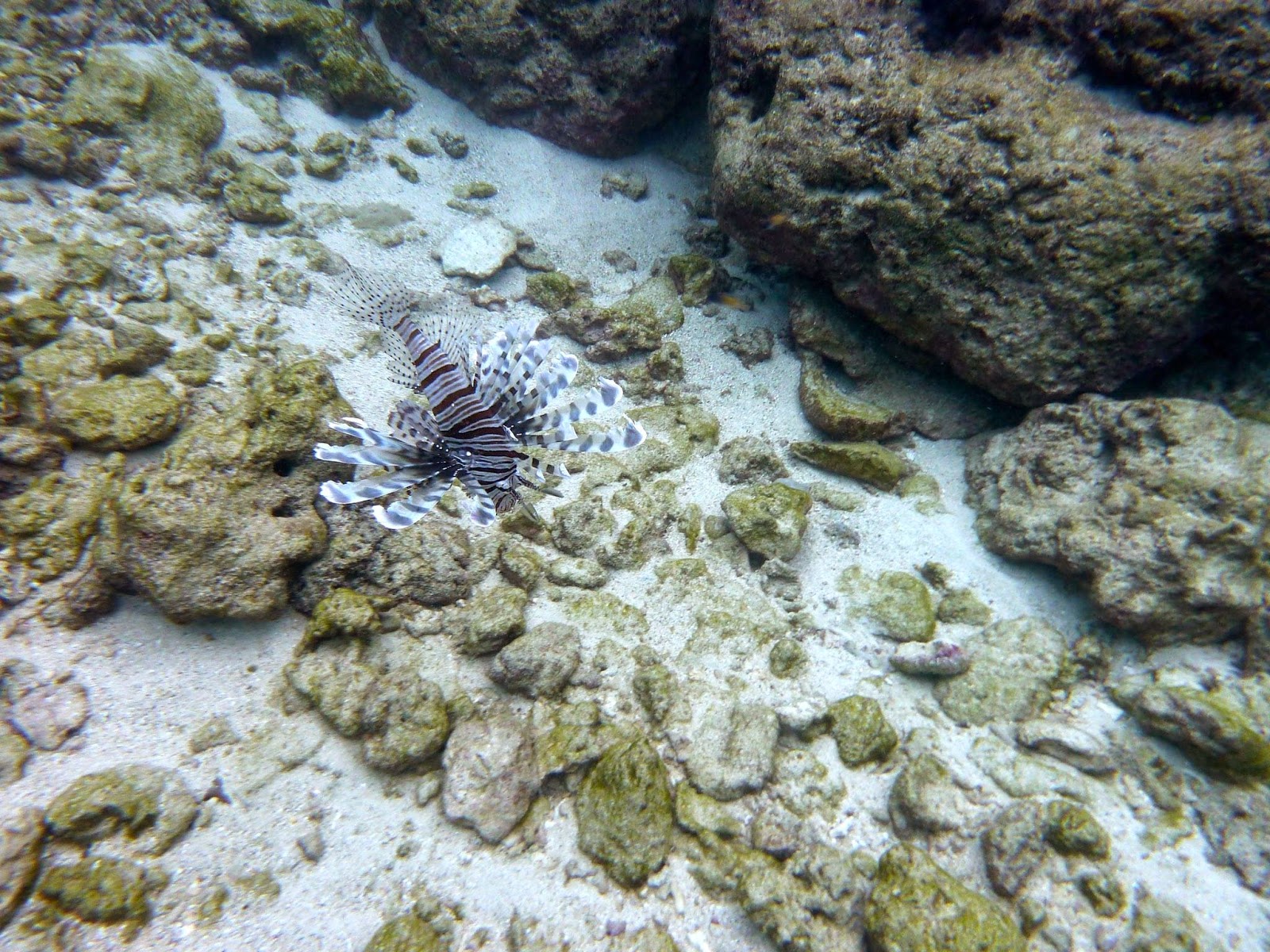 Because of poor weather, the underwater visibility wasn’t ideal.  While the diving wasn’t ideal, we still got a chance to see many beautiful sea creatures and coral formations.  In retrospect, we probably should have rescheduled our first dive for another day with better weather conditions. 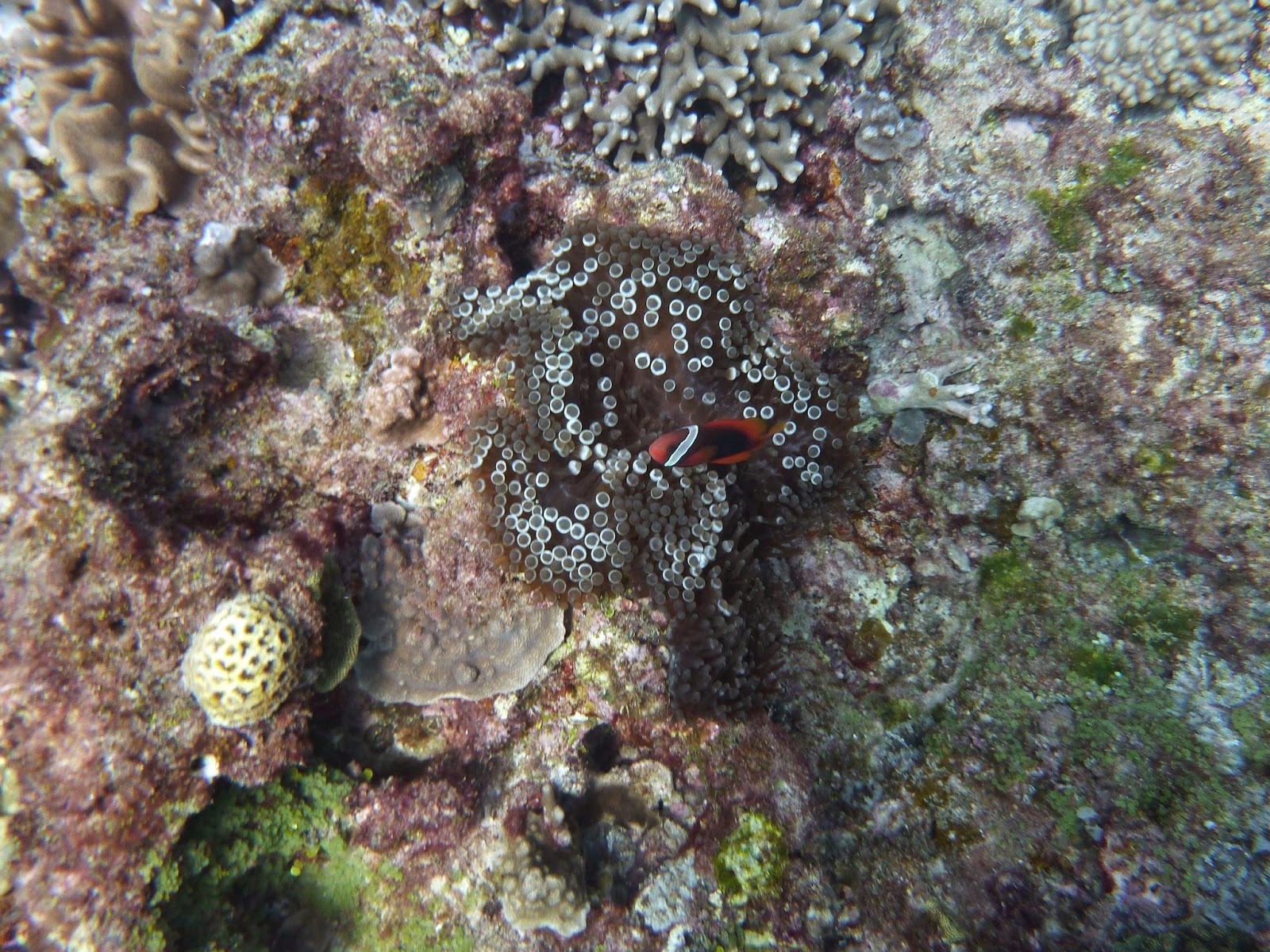 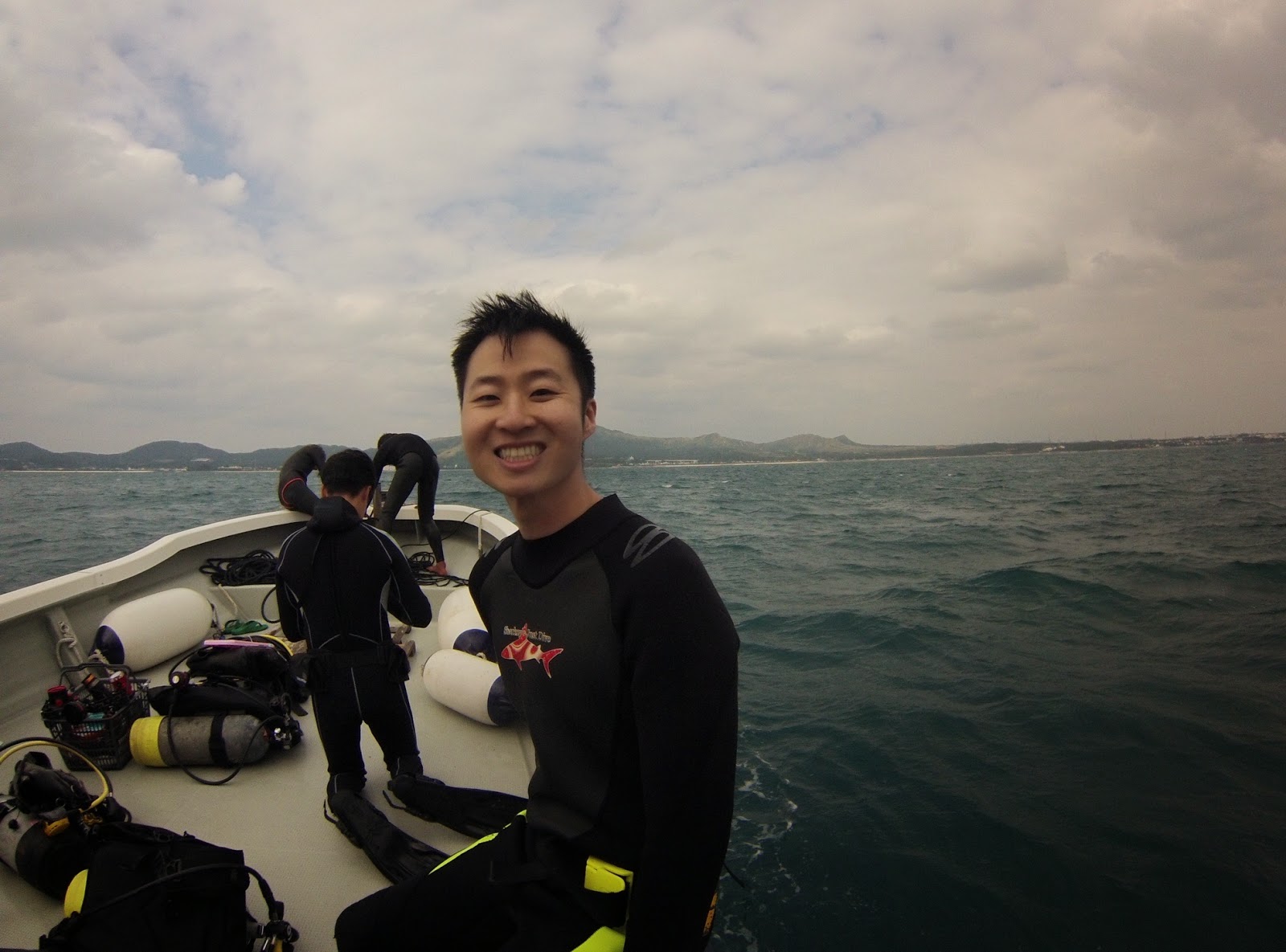 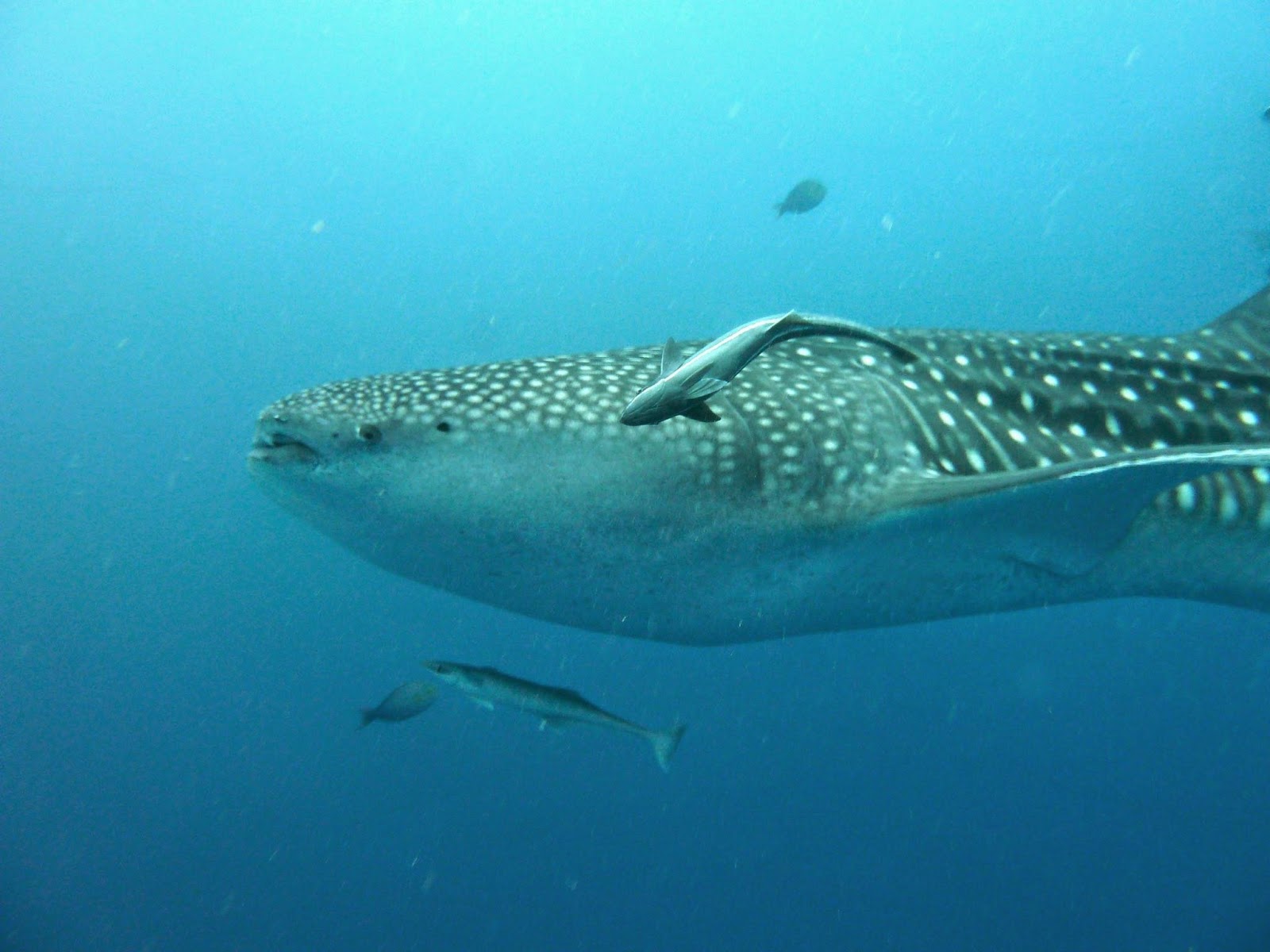 Whale sharks are the largest fish on Earth.  Their lengths can measure over 40 feet long.  They can weigh more than 21.5 metric tons (47,000 lbs.).  It is estimated that these beautiful fish can live up to 70 to 100 years long.  Although these sharks look extremely intimidating, they are very docile and feed only on plankton and very small fish.  A female whale shark can give birth to over 300 babies at a time.  Like mammals, the whale shark gives live birth, however the baby sharks are hatched from eggs inside the mother. 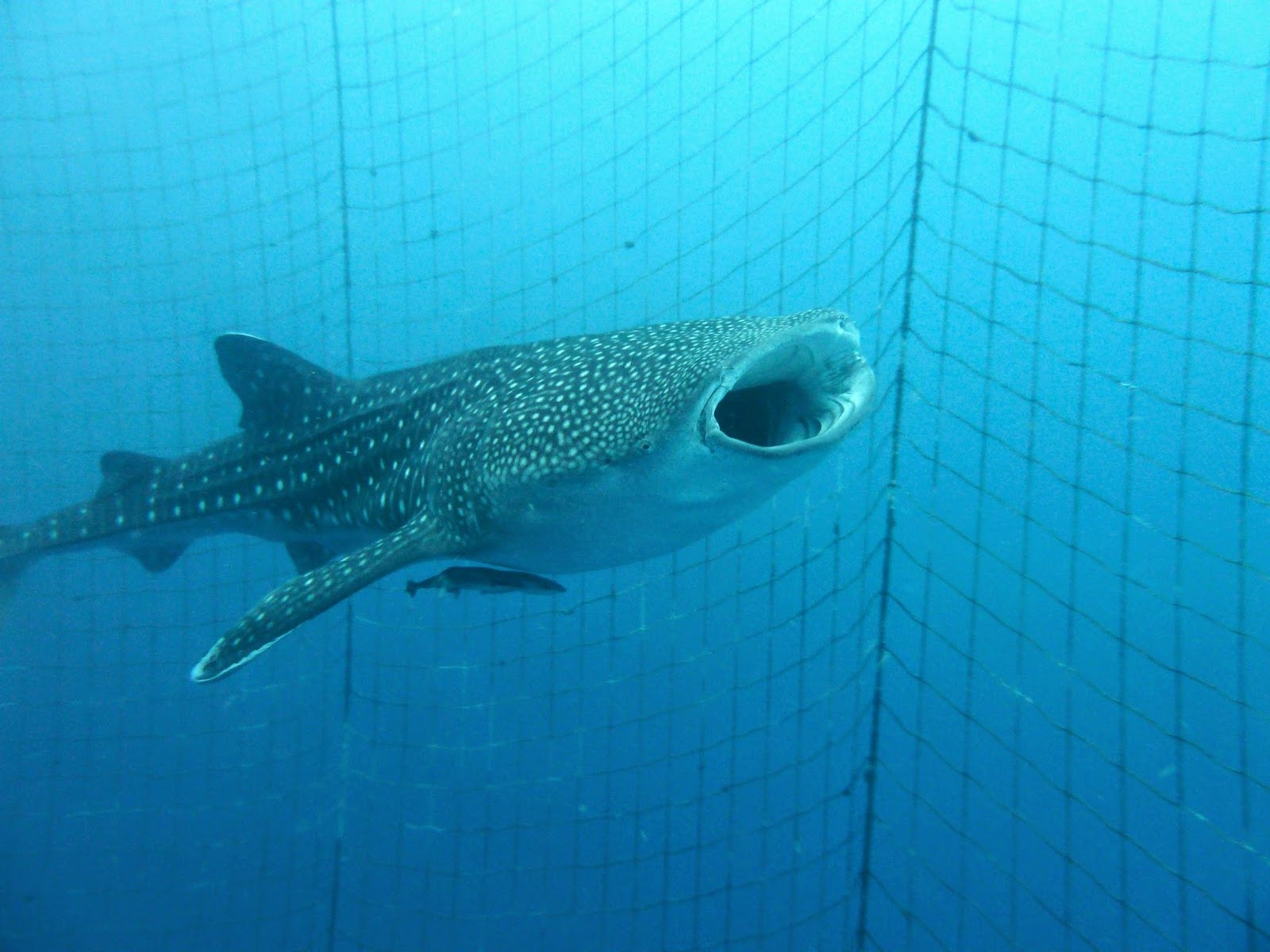 The Top Marine dive shop is located in the Yomitan fishing port.  We took their dive boat 10 minutes away from the shore to the open ocean net, a large 30 meter wide by 13 meter deep enclosure.  Once we got into the water, we swam a few meters down towards the undersea enclosure and entered the net. 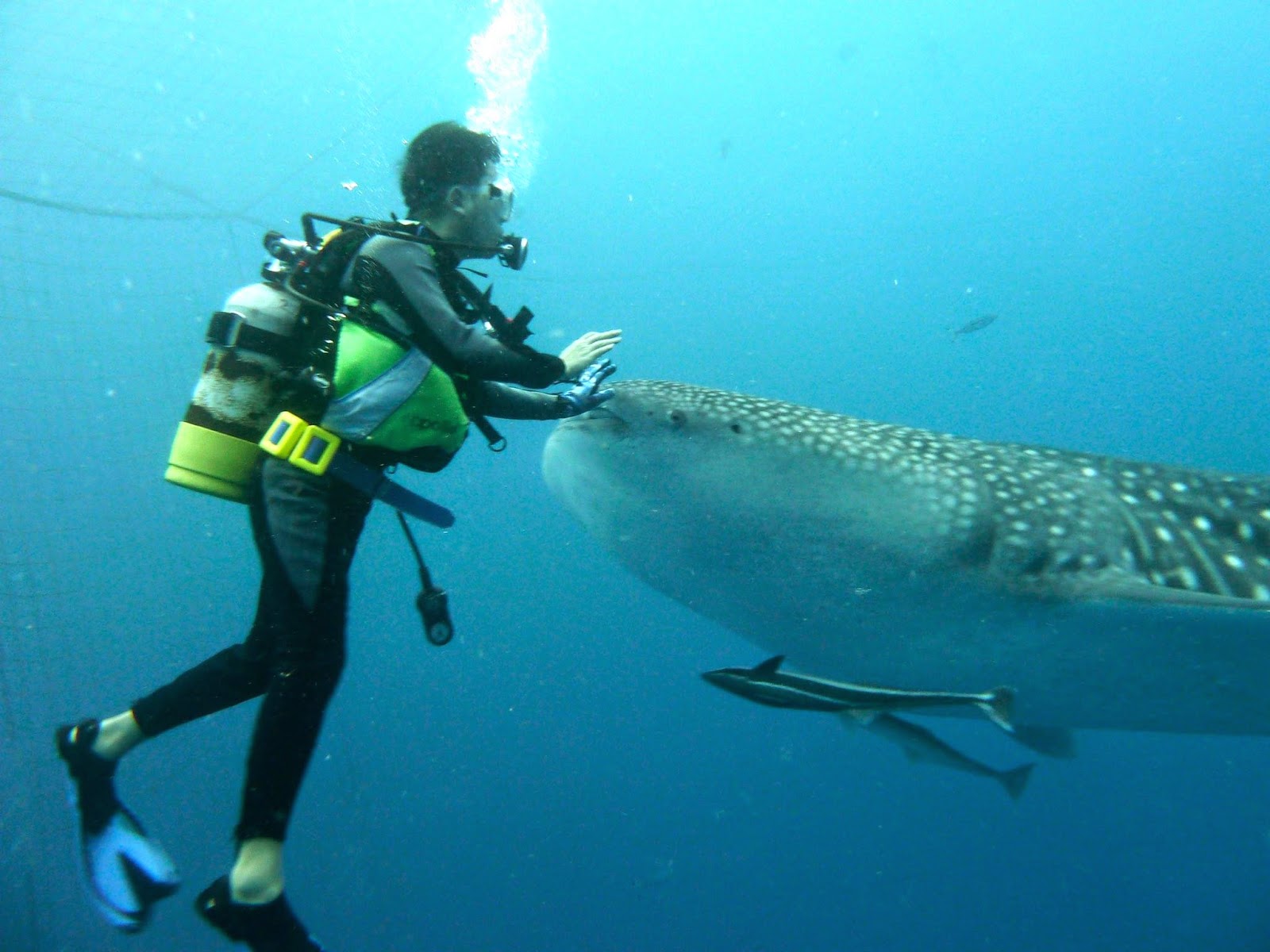 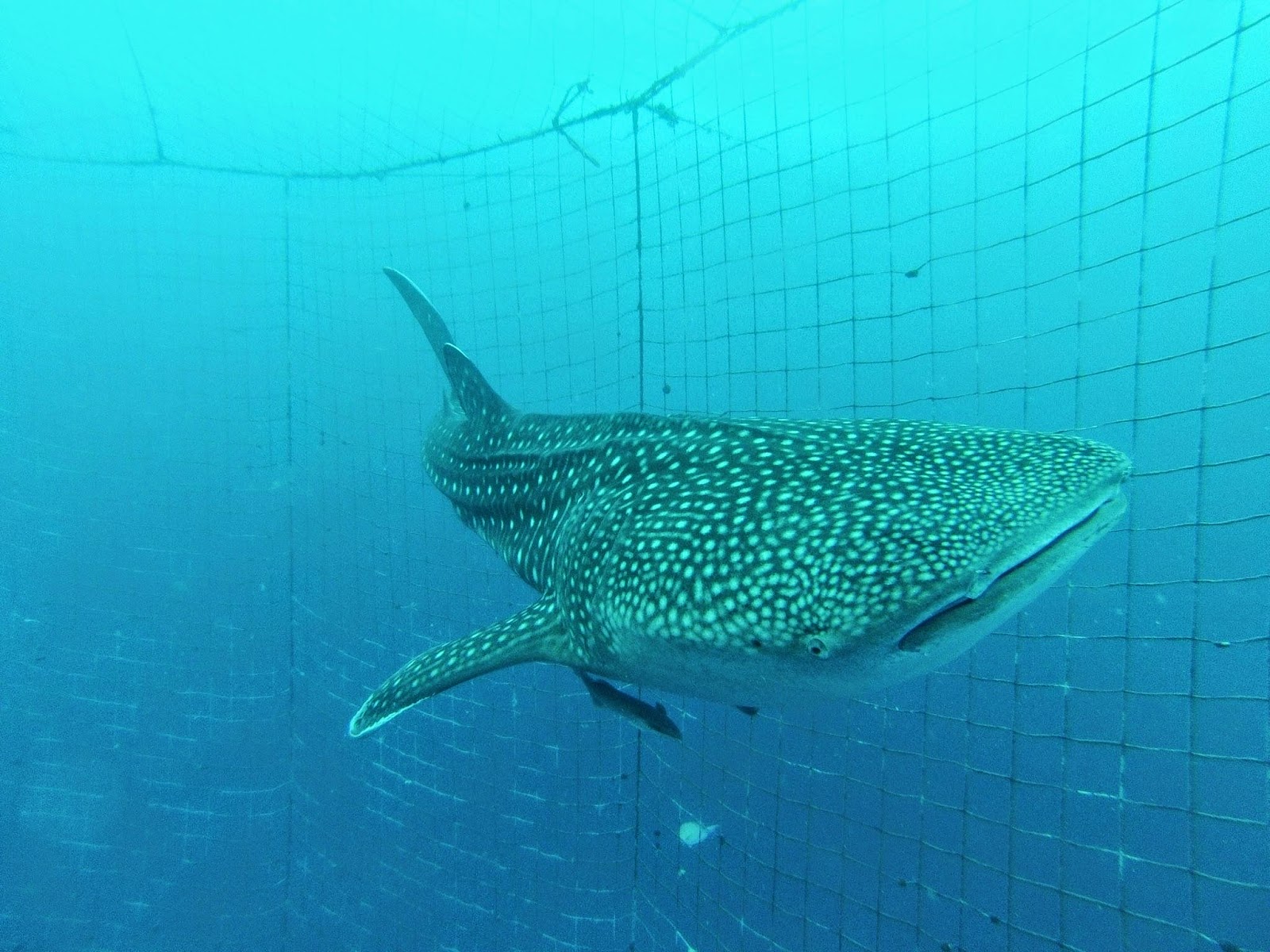 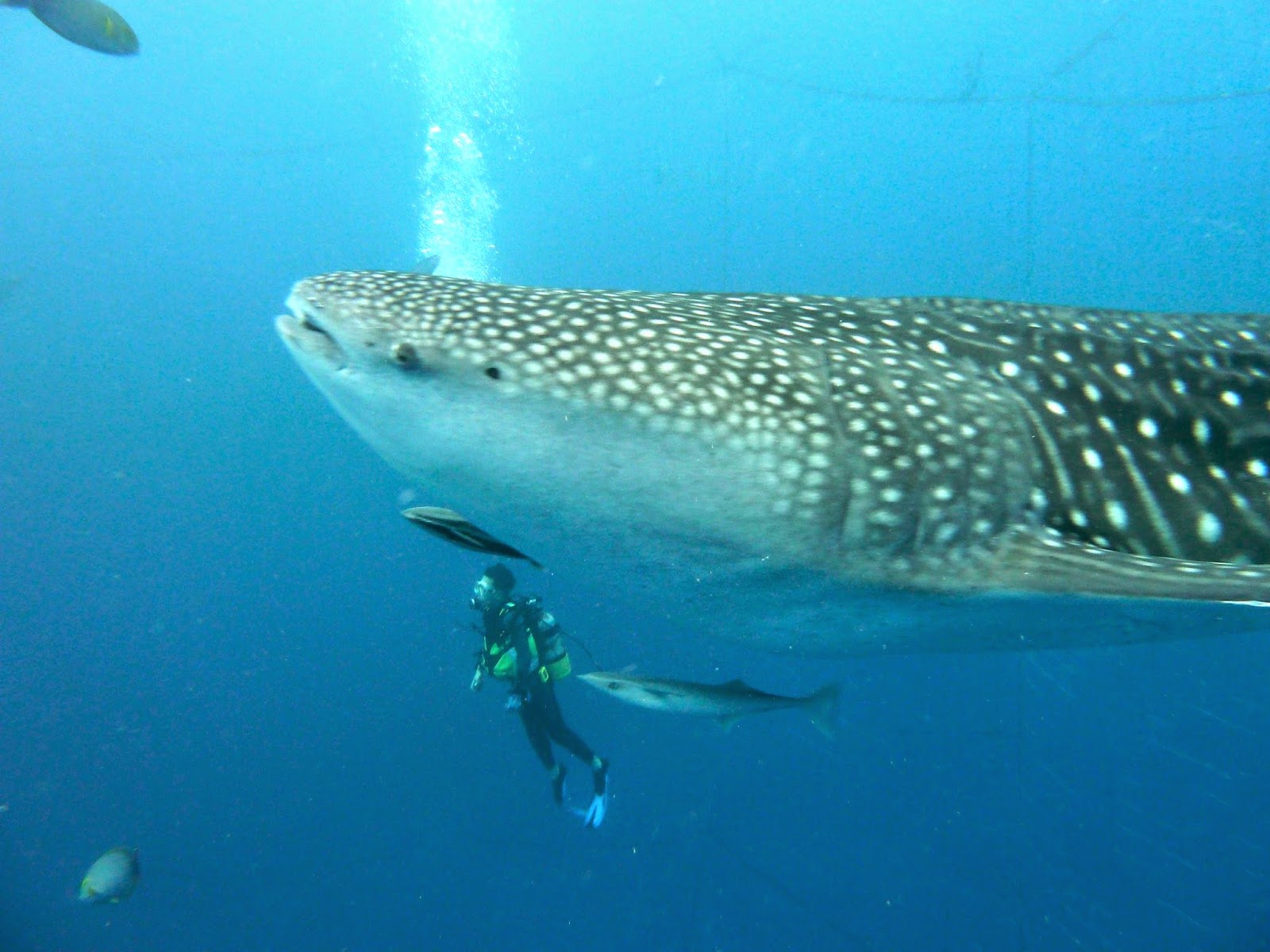 The net was large enough where we could not see to the other side.  We got to swim right up next to two whale sharks; we could see them above, below, and right next to us.  We had a chance to witness shark feedings up close and personal.  The whale sharks seemed very docile and didn’t pay much attention to us. 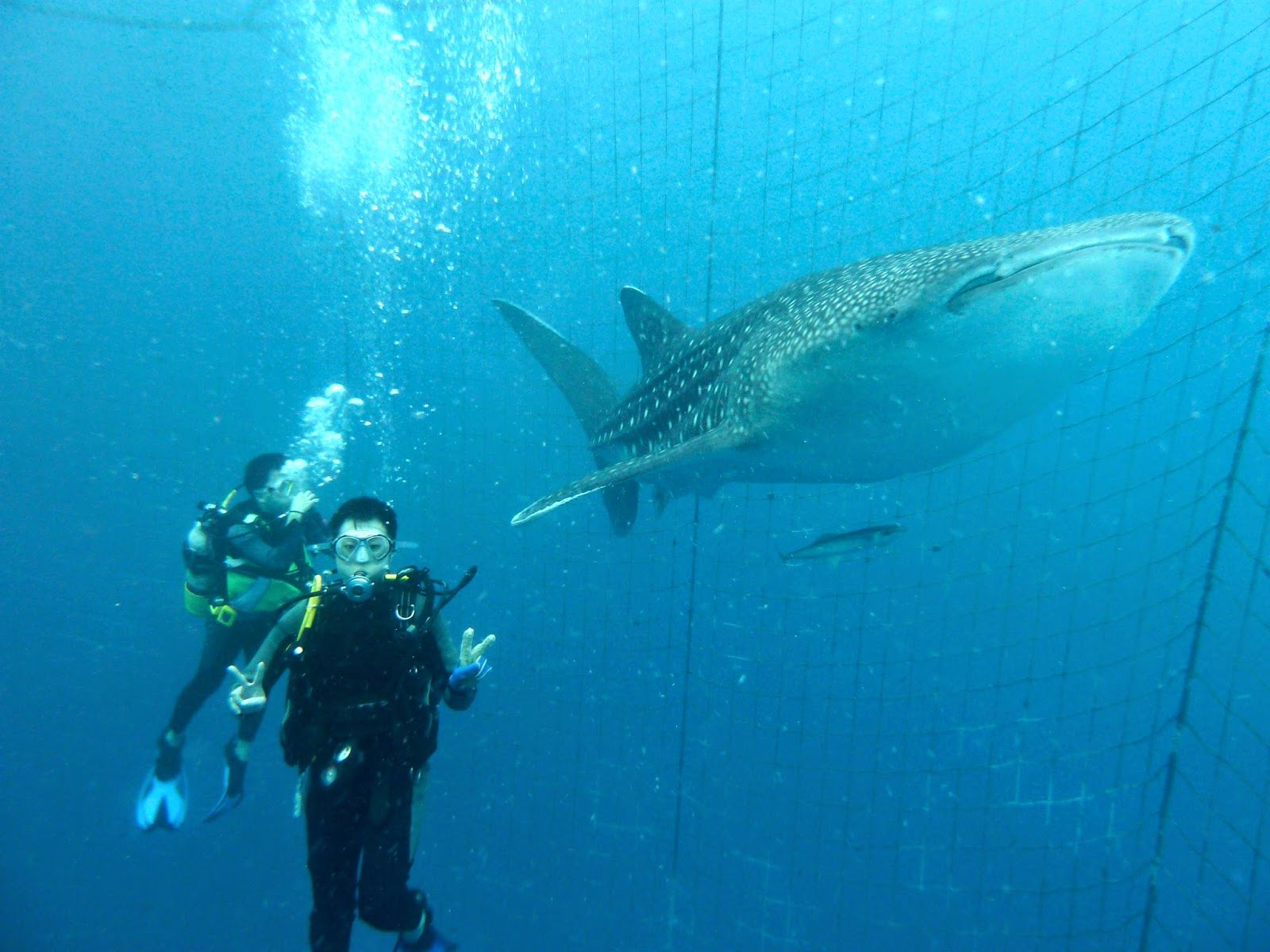 The large size of these sharks was very intimidating!  It was quite an amazing experience to be able to swim with these gentle giants. 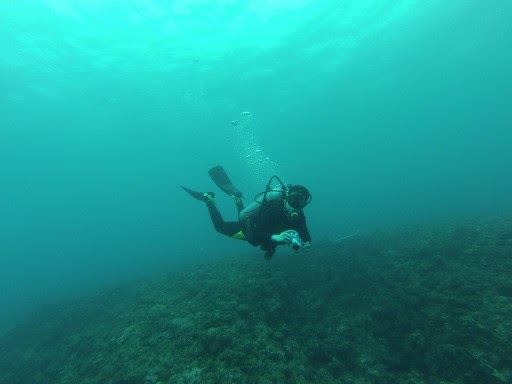 Should I ever find myself in Okinawa in the future, I definitely want to scuba dive these waters once more!  Where will your points take you?