Our experience at the Shuri Castle and Ashibiuna restaurant in Okinawa 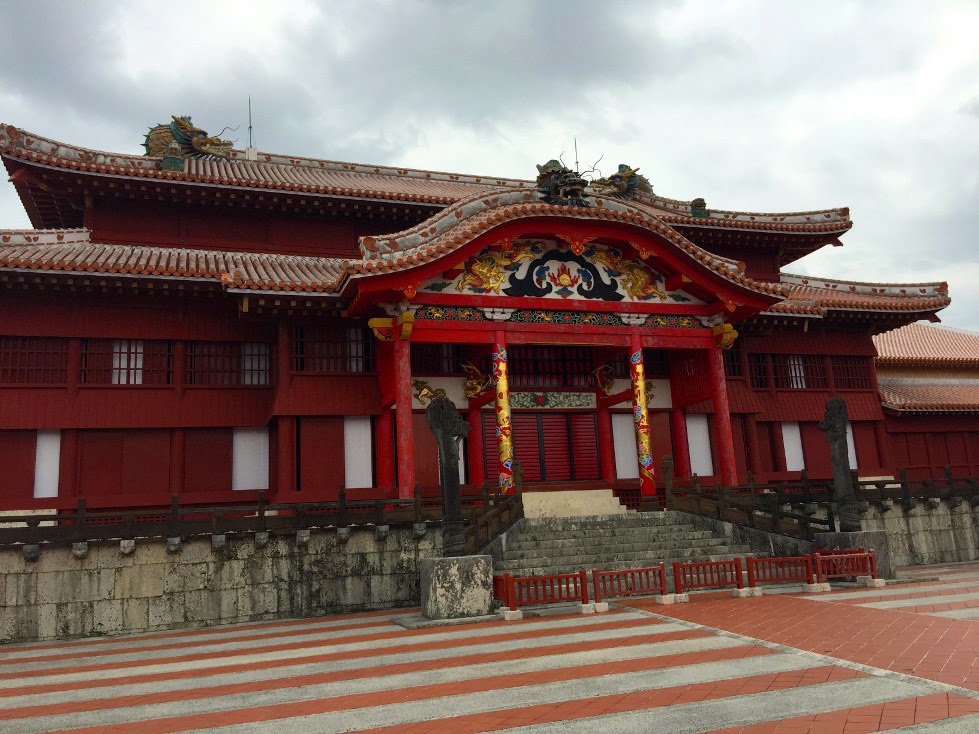 When we landed in Okinawa, one of our first stops was the Shurijo Castle, also known as the Shuri Castle.  The castle was constructed by the Ryukyu Kingdom around the 14th century, with architectural design influences from both China and Japan. 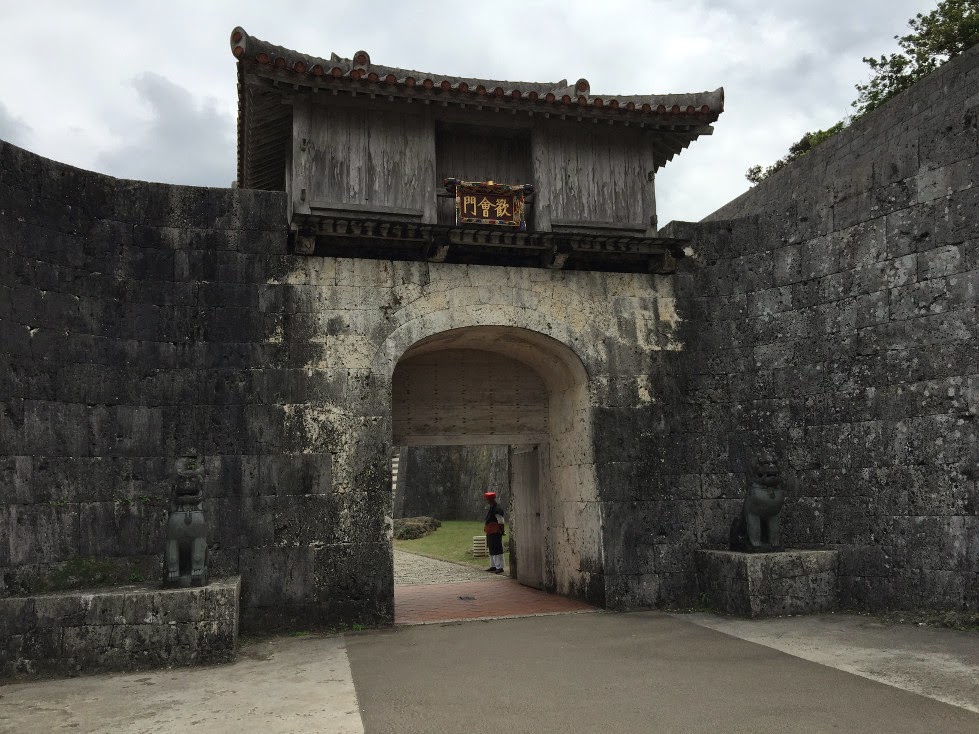 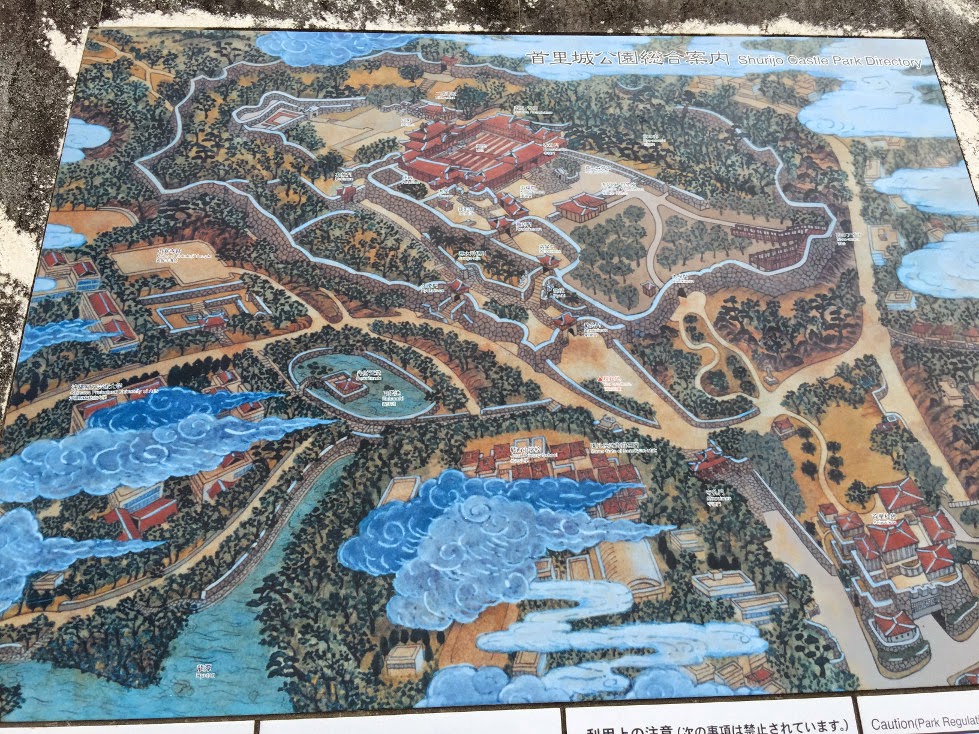 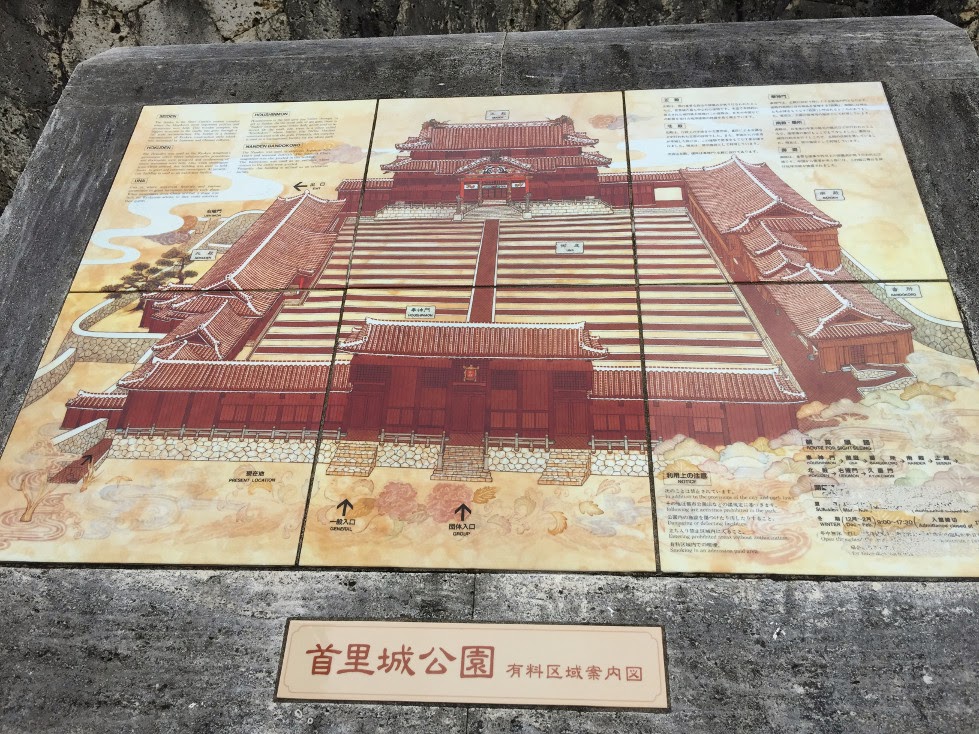 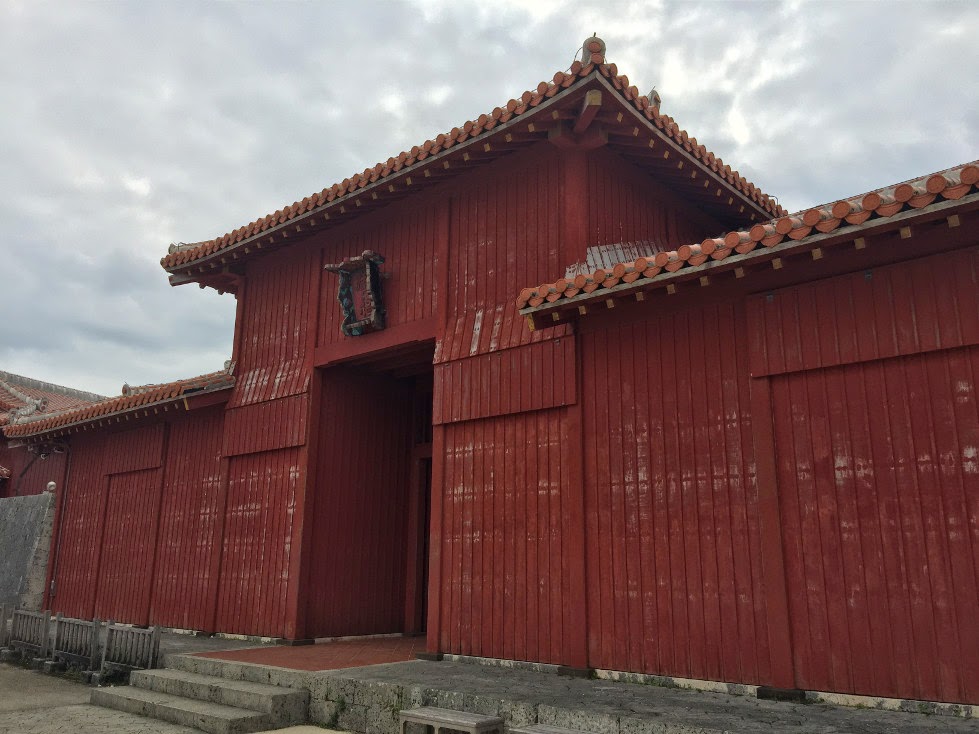 The castle served as a center for politics, economy, and culture for the Ryukyu Kingdom for 500 years, doing trade with China, Japan, and Southeast Asia. 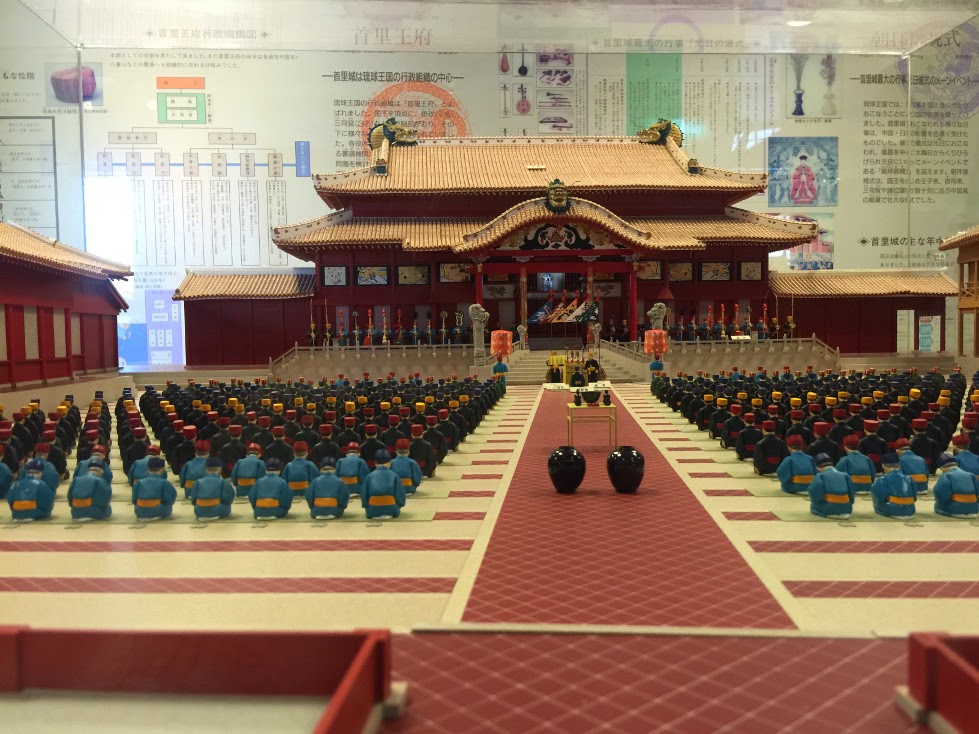 In 1945 during World War II, the Shuri Castle was almost completely destroyed.  However, with the help of photographs and historical records, the castle was restored in 1992. 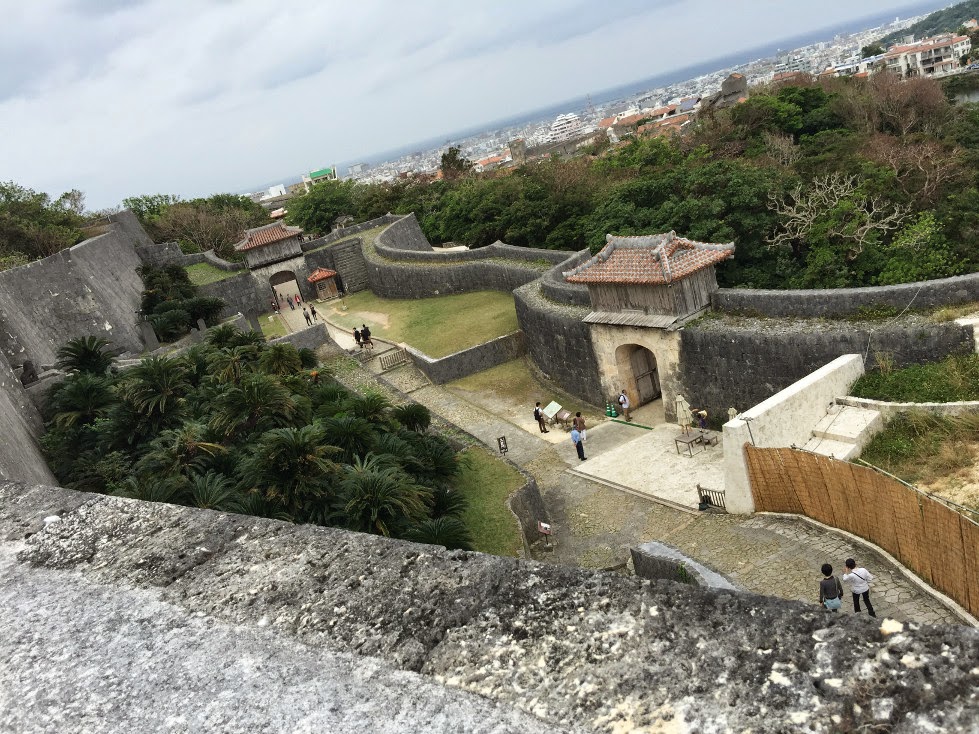 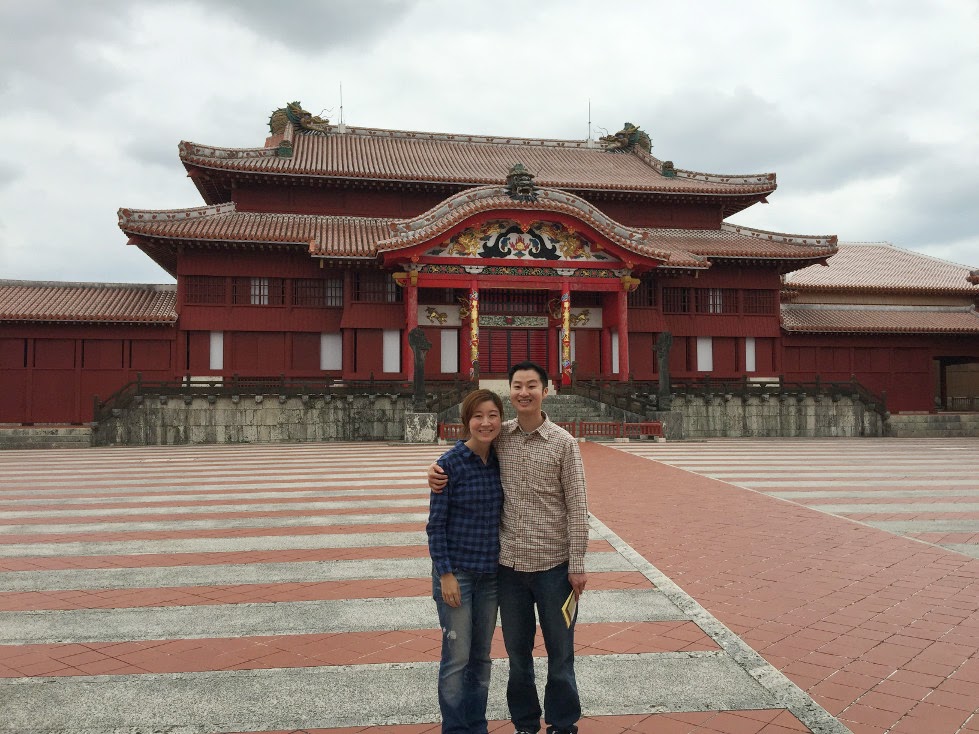 The inside of the castle was very ornately decorated with gold and bright colors.  It was fun to imagine what life would have been like here in past times. 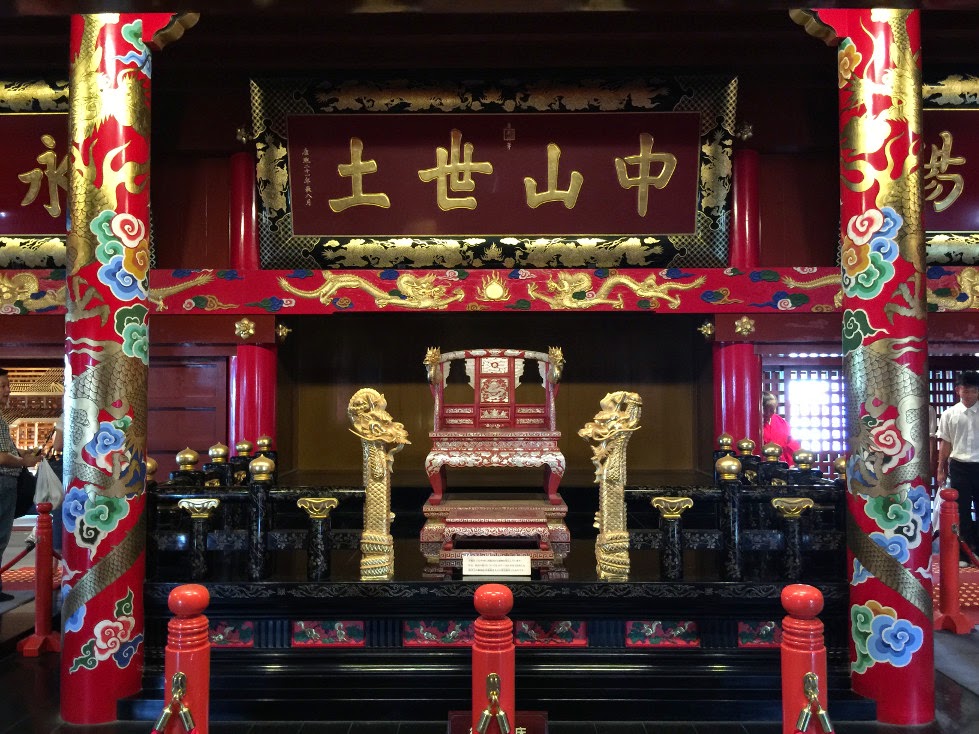 Throughout the grounds of the castle, we walked around collecting red ink stamps to fulfill the “Castle Stamp Rally” challenge, a fun activity for families and kids.  This rally acted like a very straightforward walking guide for us telling us what to explore, one checkpoint after another. 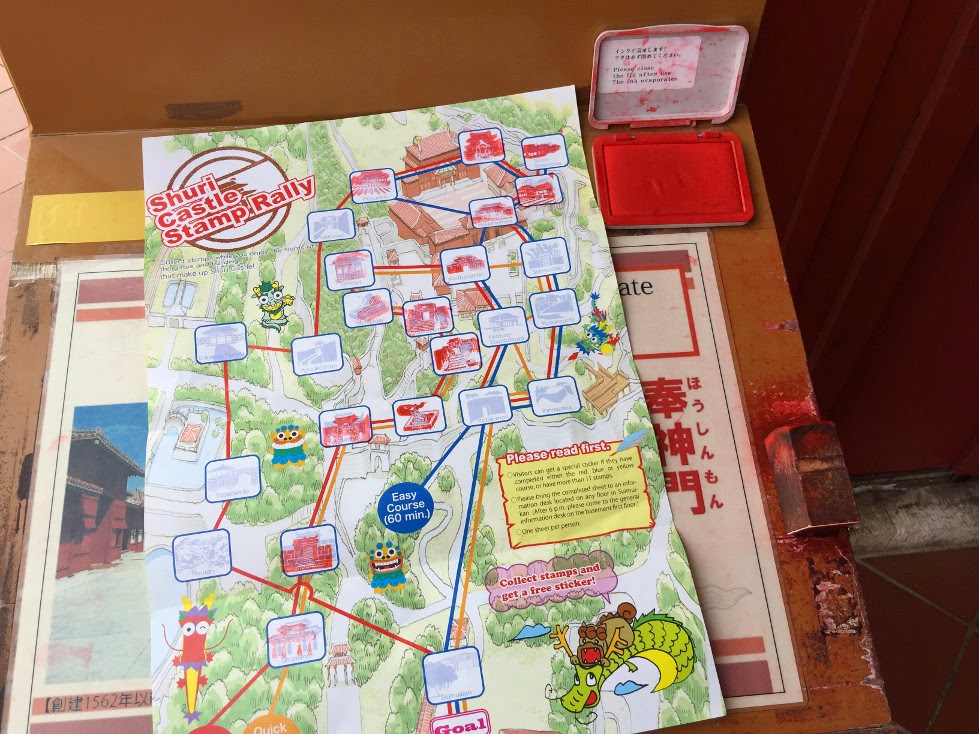 As a reward for filling up our map with stamps, we received a sheet of stickers.  Here we are proudly displaying our prize!


After exploring the Shuri Castle, we enjoyed a tasty lunch at Ashibiuna, a local traditional Japanese restaurant.  The quiet restaurant is small and feels like you’re in someone’s home. 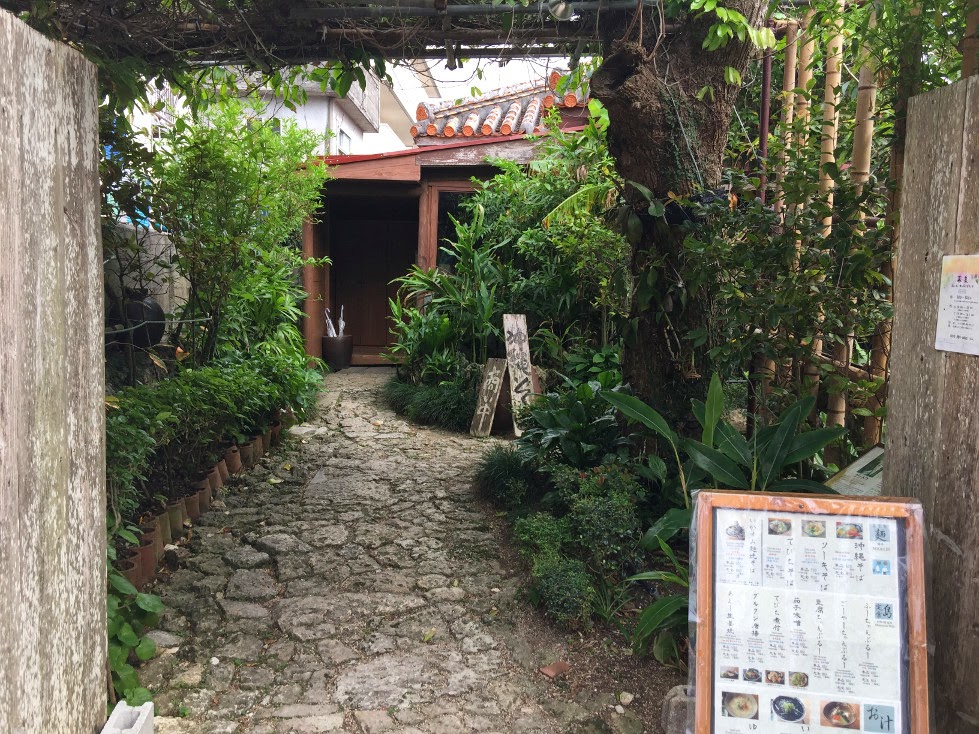 You take your shoes off and switch to slippers before you enter.  Gardens and trees surround this secluded restaurant.  Just outside is a Japanese Zen rock garden, where diners can eat facing the peaceful scene. 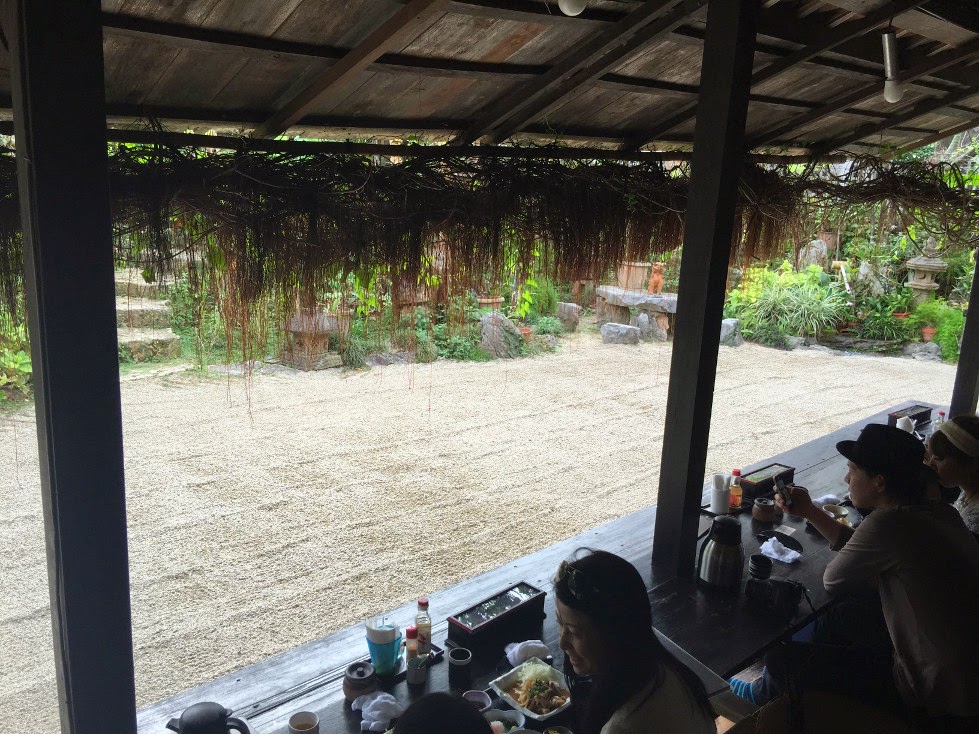 We enjoyed delicious Okinawan soba with pork ribs.  The bouncy noodles had the texture of udon with soup similar to ramen broth.
That’s it for now.