Osaka Castle
We started off our last day in Osaka visiting Osaka Castle, one of Japan’s most famous landmarks. 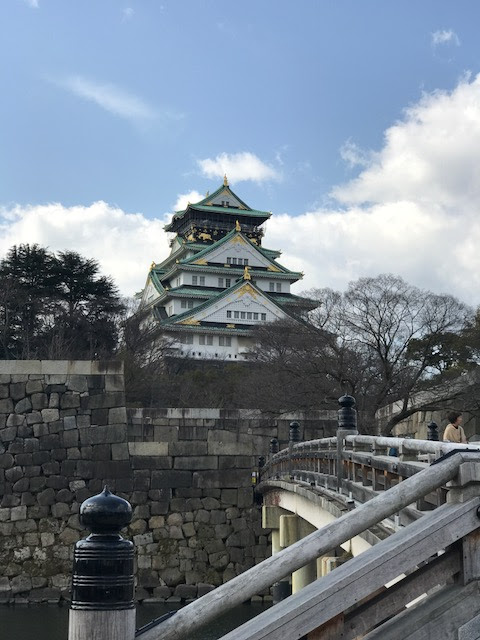 The entire castle grounds cover 15 acres.  A wide moat surrounds the high outer walls and gates of the castle.  The entire area is peaceful and clean. 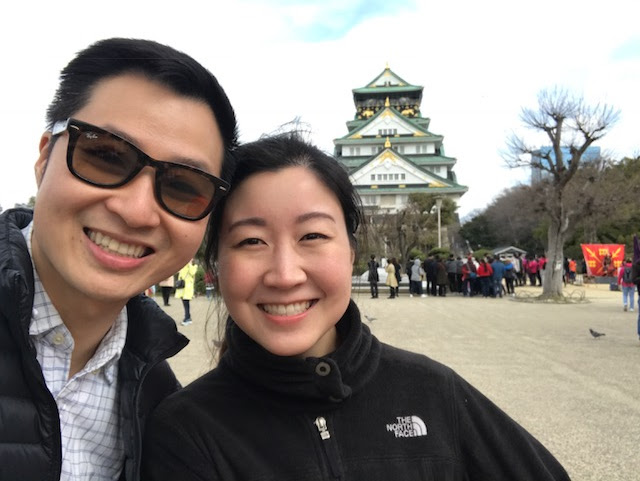 Originally built in 1597, Osaka Castle has been through many wars and battles, resulting in many rebuilds and upgrades.  At one point, the castle was a place for the manufacturing of guns, ammunition and explosives.  During World War II, bombing raids destroyed the castle.  The castle was completely restored again in 1997.

Osaka castle has 5 stories on the outside and 8 stories inside.  The outside construction is quite detailed and elaborate. 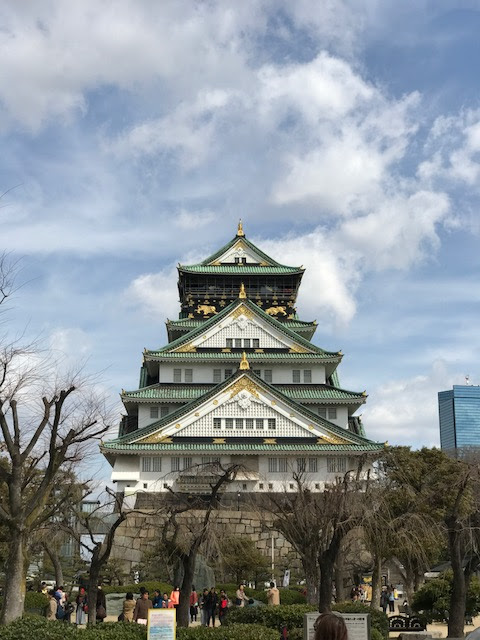 There are nice views of the surrounding area from the top of the castle. 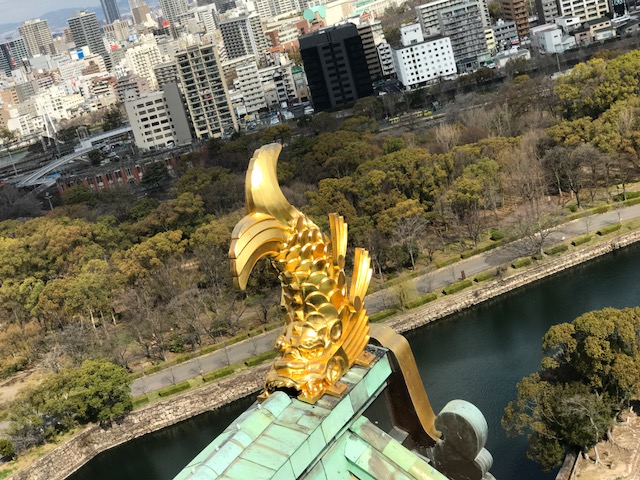 We were a little surprised and disappointed to find out that the inside of Osaka Castle was completely gutted and turned into a modern museum.  While the museum is really nice, we had hoped to see the restoration of the inside of the castle back to its ancient build.  Inside the museum, you can learn all about the history of the castle. 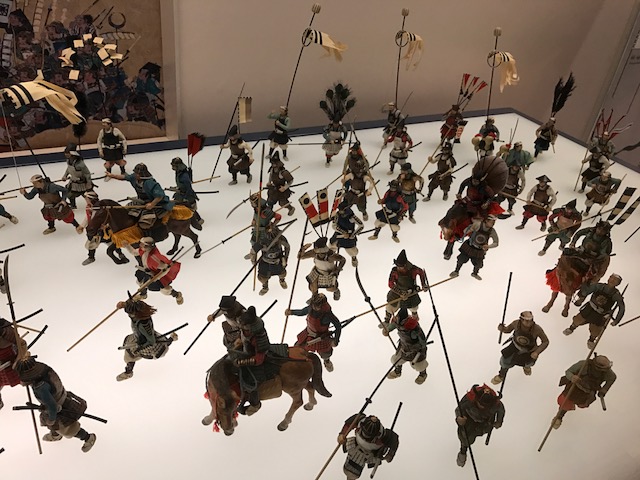 Entrance to the museum costs 600 Yen.

Osaka Aquarium
Osaka Aquarium, also known as the Kaiyukan, is one of the world’s largest aquariums.
Prior to visiting the aquarium, we stopped by the Tempozan Marketplace to grab lunch and also allow our son to nap in his stroller. 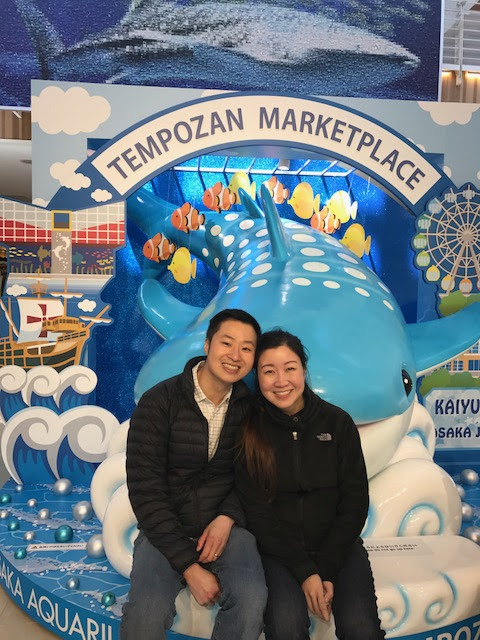 This marketplace is just outside the aquarium.  Here you will find lots of different stores selling souvenirs, clothing and toys.  There’s also a food court as well as many small restaurants.  Just outside you will find a giant Ferris wheel as well as an area where street performers entertain. 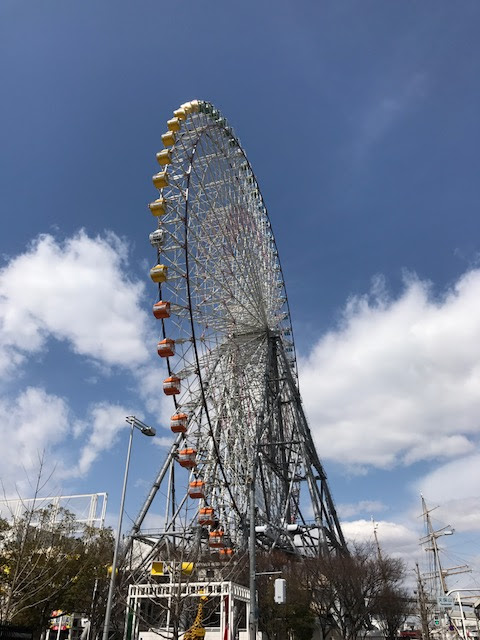 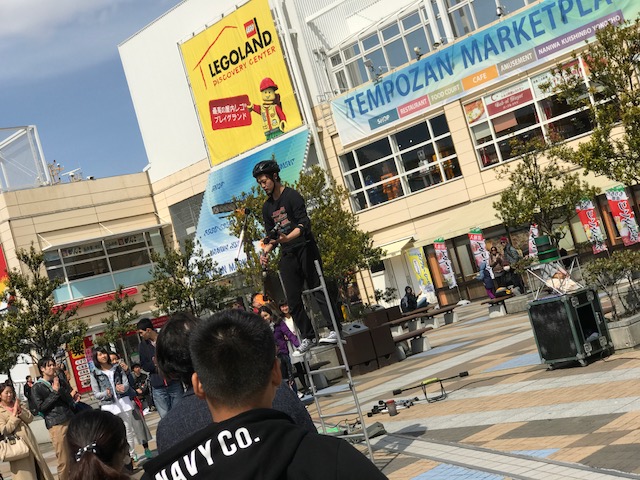 We love aquatic life and had a great time at the aquarium exploring all 16 exhibits there. 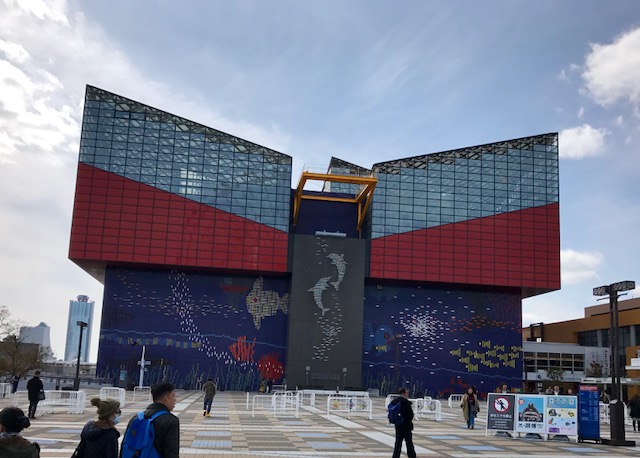 You start by taking a long escalator up 8 stories, and then slowly spiral downwards walking past various sea creatures.  There are many wild and exotic sea animals to observe such as: whale sharks, manta rays, squids, sunfish, giant isopods, jellyfish, and much more.  We loved seeing the joy and curiosity in our son’s eyes as he ran around the aquarium. 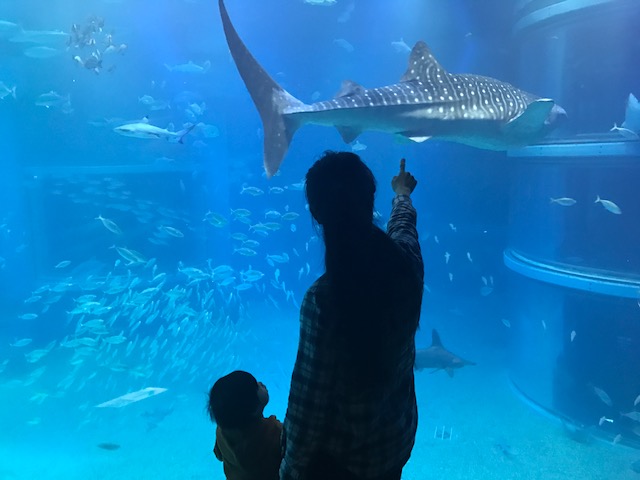 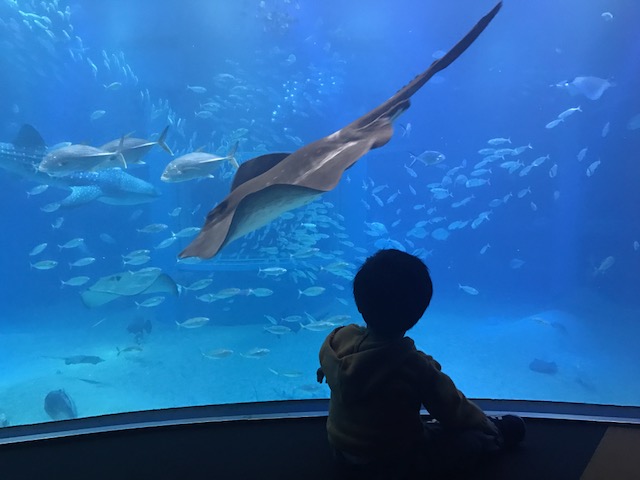 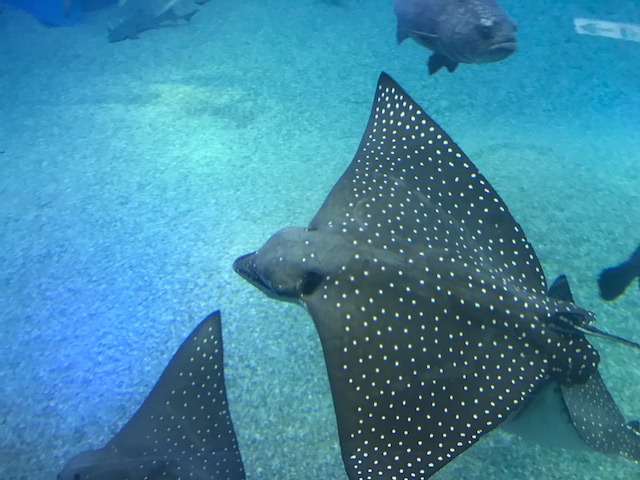 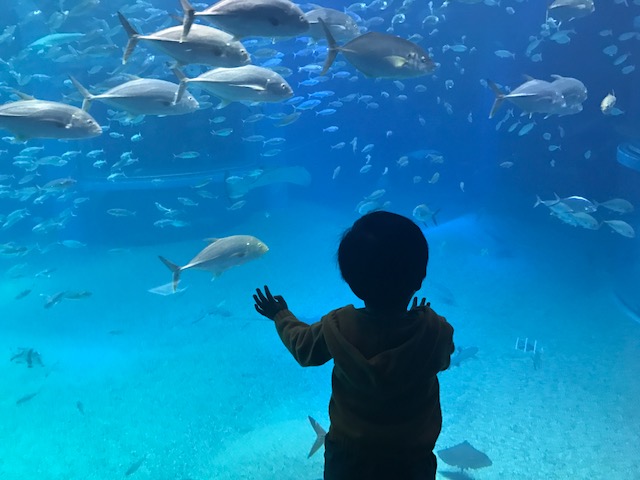 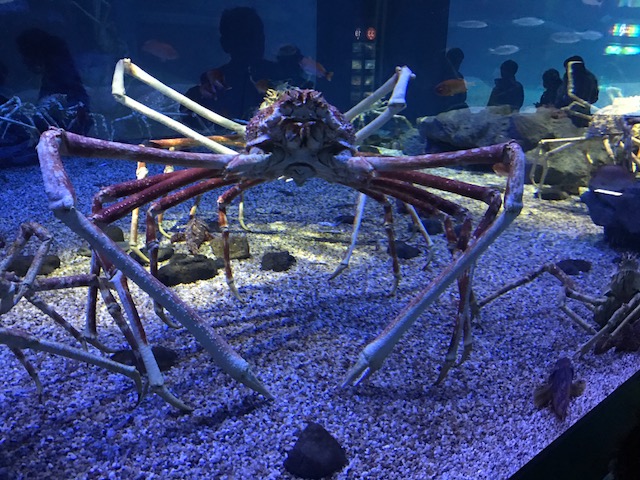 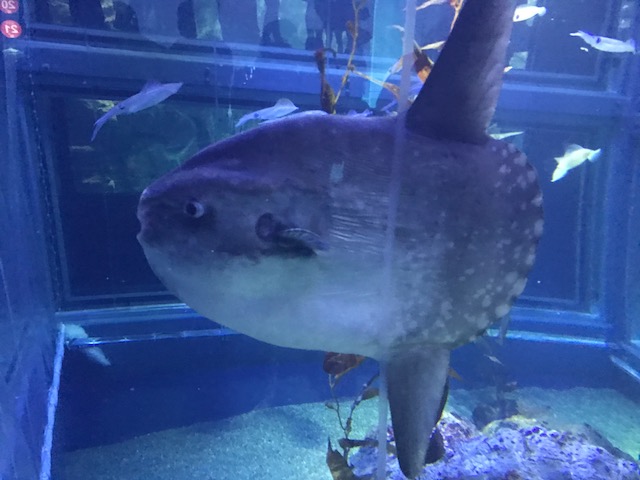 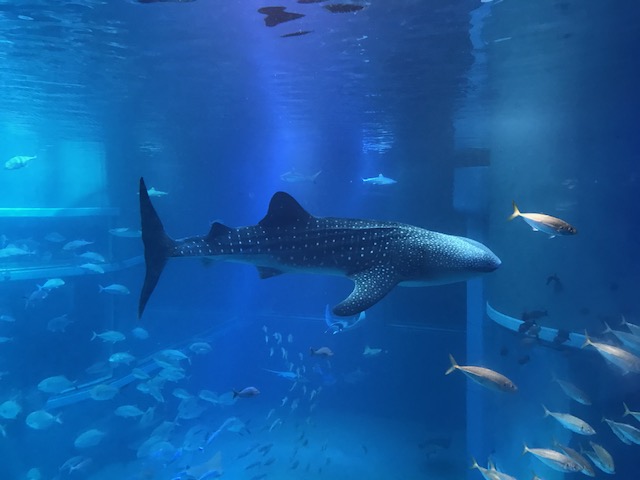 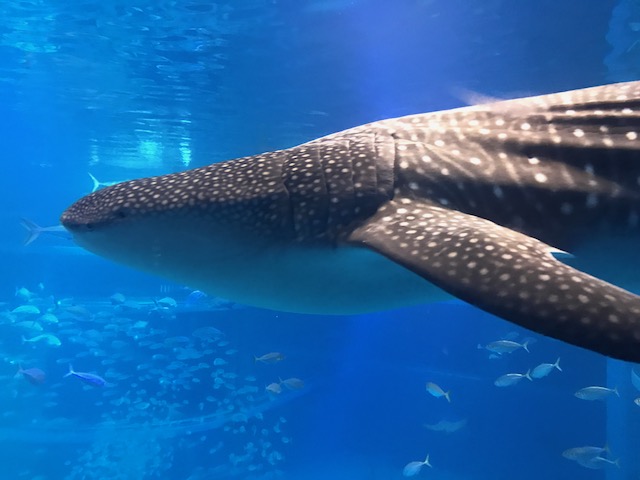 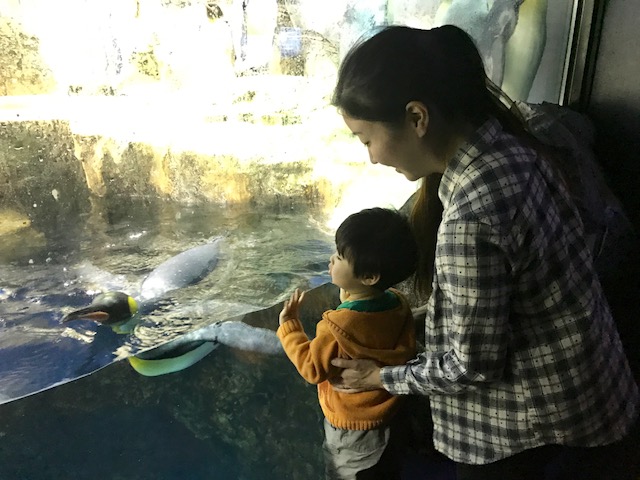 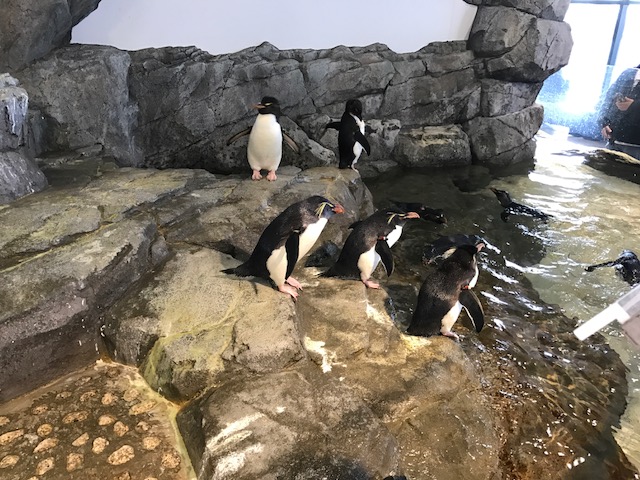 The design of the aquarium was very well laid out; you just continue to head downward in one direction.  There’s no way to get lost or miss any exhibits.

On the way back to our Airbnb in Osaka, we stumbled upon this awesome ramen restaurant called Zundo Ya. 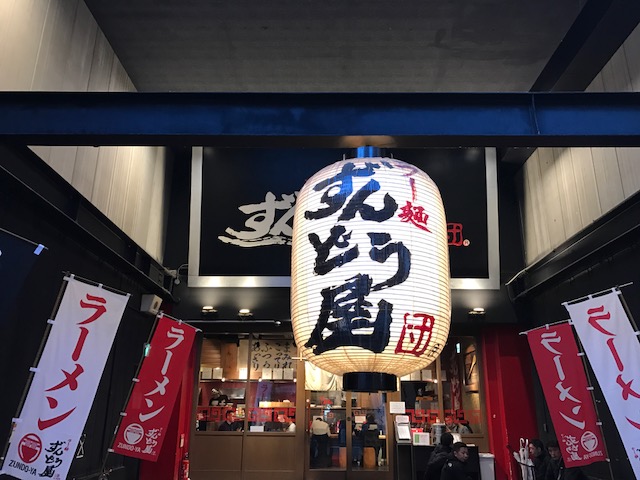 This 24-hour ramen restaurant offered delicious food, a lively atmosphere and even had English menus.  The ramen was extremely scrumptious. 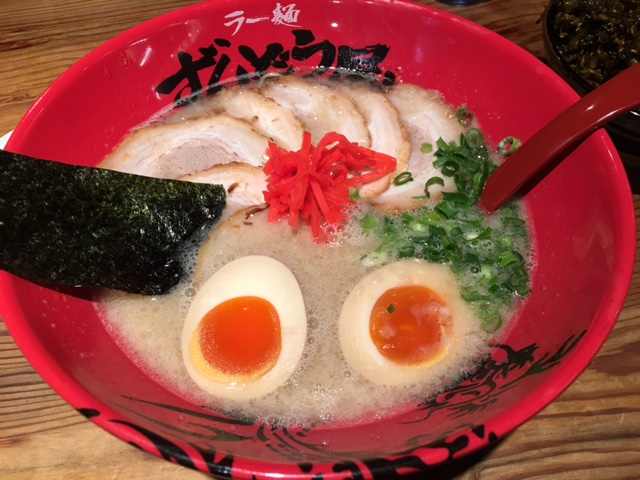 The chicken karaage (Japanese fried chicken) was perfectly crispy on the outside and yet moist on the inside. 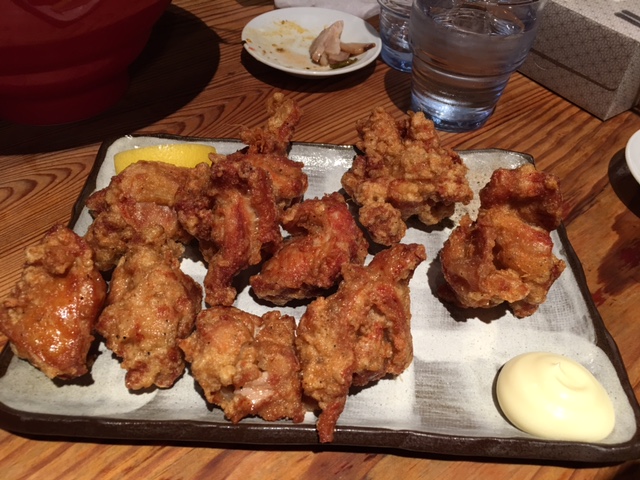 This restaurant served some of the tastiest ramen that we've ad a chance to try in Japan.

We had an awesome time on our last day in Osaka.  Best part was knowing that much of our trip was covered with credit card points!  Points covered our business class flights, points discounted our Airbnb stay, and points covered most of our railway travel throughout Japan.  Our next stop: Taipei, Taiwan.