If money doesn't make you happy, then you probably aren't spending it right 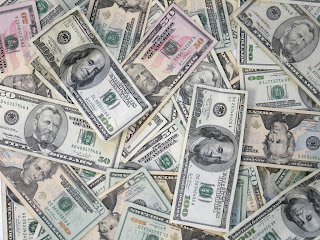 A friend linked me to this article that appeared in the Journal of Consumer Psychology in April 2011.  It’s an old write-up but since it was new to me, I thought it was worth sharing.  The long title of the article was catchy enough for me to give the whole paper a read:

If money doesn’t make you happy, then you probably aren’t spending it right

The authors of this research study propose that the relationship between money and happiness is surprisingly weak due to the way people spend money. They state that “it should not be surprising when wealthy people who know nothing about happiness end up with lives that aren’t that much happier than anyone else’s.”

Here are the authors’ suggestions:


1. Buy experiences instead of things
Research suggests that people are often more happy spending their money on experiences rather than things.  We tend to adapt to things very quickly.  Psychologists call this the “hedonic treadmill” since humans tend to quickly return to a relatively stable level of happiness despite major positive or negative events or life changes.

For many people, pursuing happiness by pursuing things bought with money is like being on a treadmill, where one has to keep working just to stay in the same place and effectively get nowhere.  As a person makes more money, their expectations and desires also rise, which results in no permanent gain in happiness.

When studying participants recalling experiential purchases rather than material purchases, participants exhibited slower adaptation.  This is because people adapt most quickly to that which doesn’t change, like the things" we own.  Experiences can be unique and self-defining as well as bring happiness when we share them with other people.

2. Help others instead of yourself
Almost anything we do to improve our connections with others (including spending money) tends to improve our happiness as well.  Researchers found that people who devoted more money to prosocial spending were happier than those that spent money for themselves.  Spending money on others gives one the opportunity for positive self-presentation, which has been shown to produce benefits for mood.

3. Buy many small pleasures instead of a few big ones
Based on the principle that we adapt to new things very quickly, the researchers found that it is better to indulge in many small pleasures than pouring money into large purchases.  We are less likely to adapt to small frequent pleasures than infrequent large pleasures because small pleasures are different each time they occur.  For the same amount of money, I would rather go out with friends and enjoy happy hour on 4 separate occasions than go to an expensive, pretentious restaurant 1 time.

4. Buy less insurance
The authors suggest that buying expensive extended warranties to protect against the damage or loss of consumer goods is unnecessary.  My comment: don't forget that your credit card may offer an automatic extra year of warranty coverage on top of the normal manufacturer's warranty - for free.

5.  Pay now and consume later (delay consumption)
With easy access to credit and financing, people are so accustomed to the “buy and consume now; pay later” attitude.  We are constantly bombarded with advertisements that tell us we can own things for “no money down!” or “no payments for 1 year!” if we make the purchase on credit.  The authors suggest that this cultural shift towards instant enjoyment and delayed payment leads people to short sighted and costly behavior such as building up credit card debt or not saving for retirement.

Studies show that when people are impatient to delay their gratification, they end up less well off.  Buying now and paying for something later also eliminates anticipation, which the authors state is itself a source of “free” happiness.   People can gain significant enjoyment from anticipating an upcoming event.  By waiting to buy something (such as when they can actually afford it), consumers often will make more educated decisions and not be tempted by things that don’t offer any long-term benefits.

6.  Think about what you’re not thinking about
Happiness lies in the details.   The authors suggest thinking about how making a purchase will affect the way in which you spend your time.  For instance, buying a big “fixer upper” home may seem like a good deal, but you may end up spending more time and money doing the repairs than going out with your friends and doing other fun activities.  Buying a flashy, fast car may sound exciting now, but you will have to deal with more expensive car insurance, more expensive premium fuel, less fuel economy, and the day-to-day worry about someone dinging or scratching your car.

7.  Beware of comparison shopping
Sometimes finding the “best deal” on something distracts us and causes us to forget about what’s really important for our happiness.

8.  Follow the herd instead of your head (when it comes to happiness)
The best way to predict how much we will enjoy an experience is to see how much someone else enjoyed the same experience.  Reading movie reviews on rottentomatoes.com may help you decide whether paying for movie tickets is worth it.  You can use a food review site such as yelp.com that collects reviews made by other people to determine whether you may find a dining experience enjoyable, and worth paying for.  The best reviews of a product can be found in user ratings and experiences.

Study after study concludes that having a lot more money doesn’t bring people much more happiness.  In fact, a major study found that money brings more day-to-day happiness up until an income of $75,000.  After that, more money does not seem to increase levels of happiness.

The authors conclude that “money can buy many, if not most, if not all of the things that make people happy, and if it doesn’t, then the fault is ours.”

You can read the entire article here.