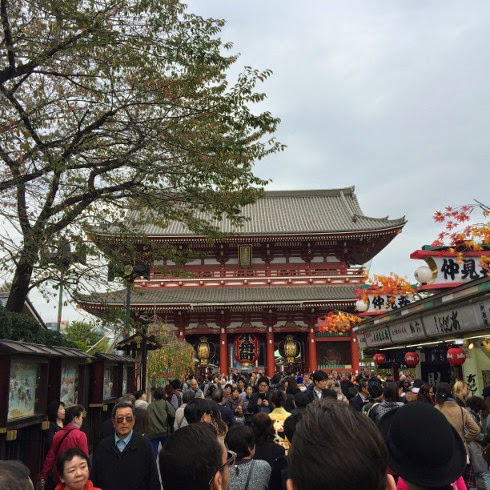 Asakusa was the next special ward of Tokyo we explored.  We came here to see Tokyo’s largest Buddhist temple, the Sensoji Temple.

Nakamise Shopping Street
Right off the Asakusa station and on the way to the Sensoji Temple, we walked through the Nakamise Shopping Street.  It was a lot of fun seeing all the little stores that sold random souvenirs and food items.  Food sold here included ice cream, rice crackers, fresh breads, cakes, fried snacks and more. 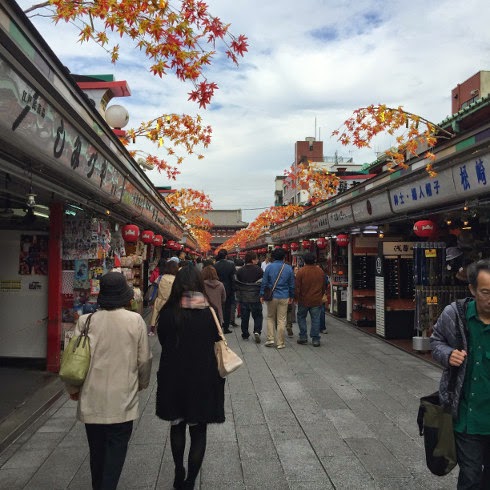 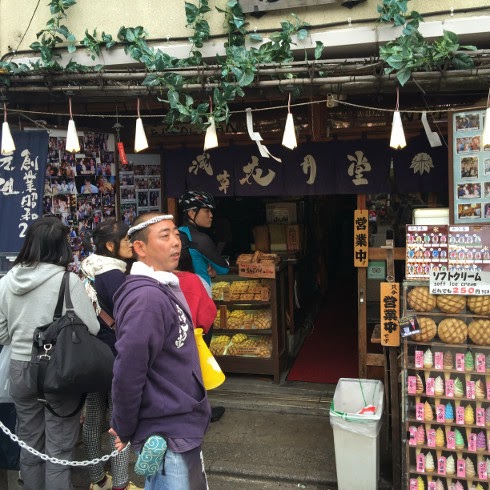 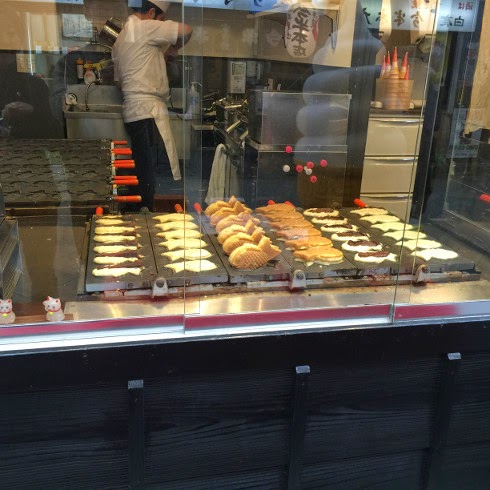 There were also tons of stores selling authentic Japanese goods like chopsticks, dolls, toys, umbrellas, fans, artwork, clothing and more.  The street is 250m and lined with around 90 stores on both sides. 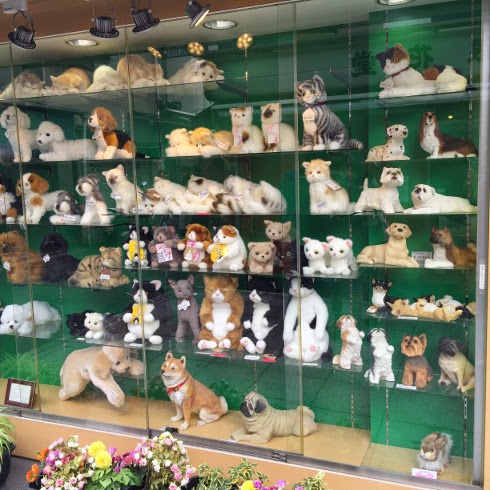 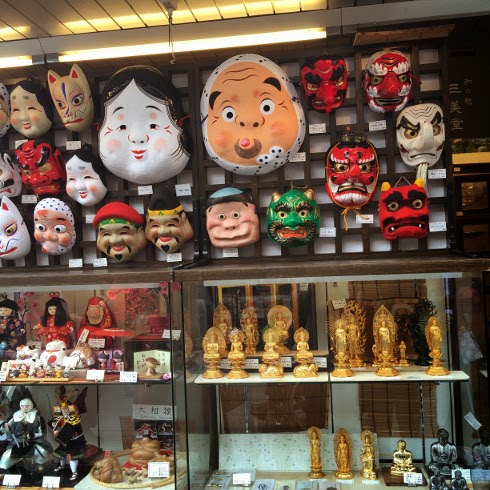 We did not buy any souvenirs.  I have read that haggling is not done here.  The street was fairly crowded with locals and tourists alike.  It was great taking in all of the sights and sounds.  This was a very charming place.  We saw plenty of Japanese people wearing traditional clothes and kimonos.  At the end of the street was the Kaminarimon Gate and entrance to the Sensoji Temple.

Sensoji Temple
Said to be the oldest temple in Tokyo, the Sensoji Temple was built in 628.  The legend says that two brothers built this temple for Kannon, the goddess of mercy.  The main gate has a huge lantern. 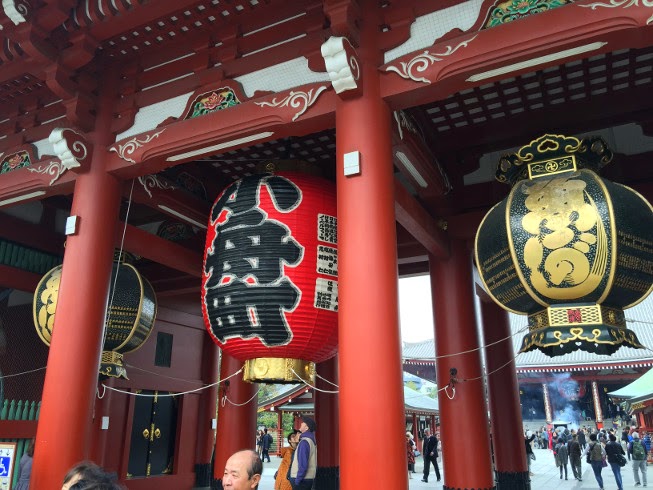 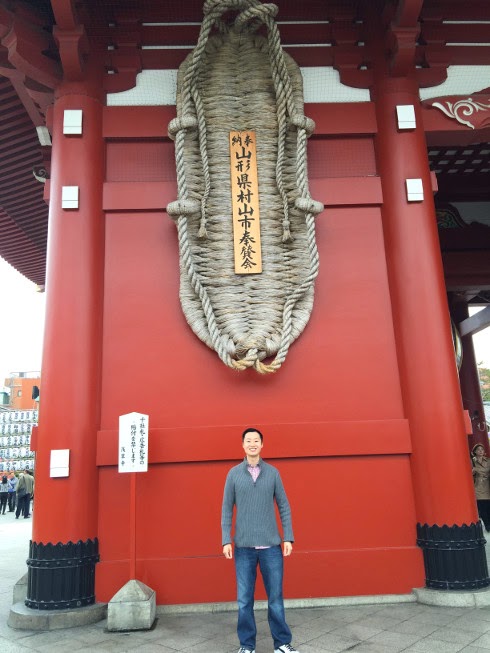 In the shrine, there was some kind of fortune telling thing.   First you make a donation and then shake a box of sticks that have numbers on them.  Then you pull your fortune out of a numbered drawer.  We weren’t sure how it worked, but I believe if you had a good fortune, you took it with you.  If you received a bad fortune, you tied it up to have the spirits protect you… or something like that! 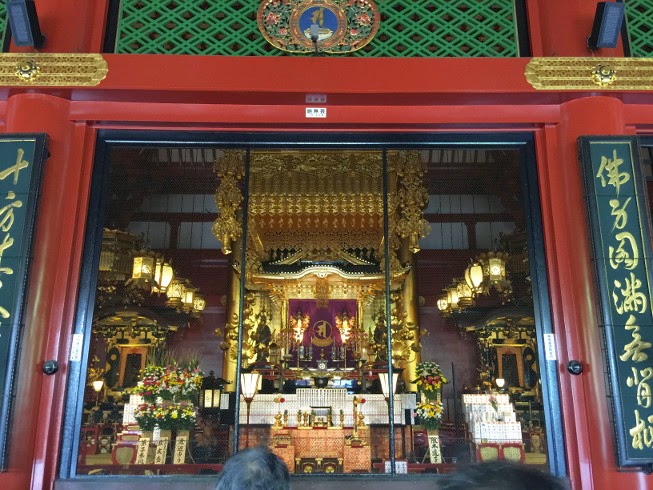 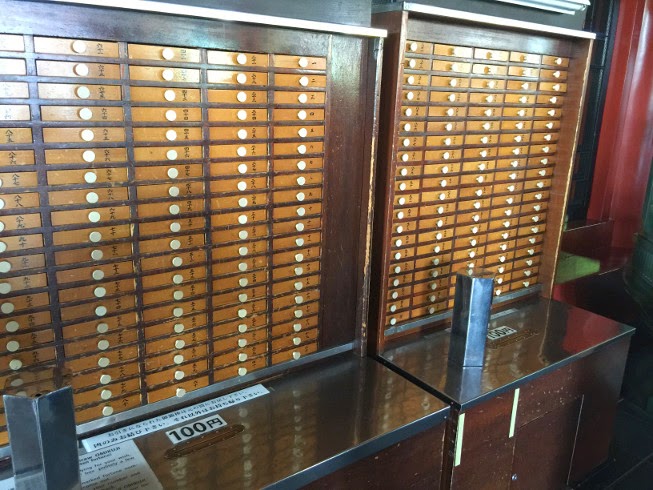 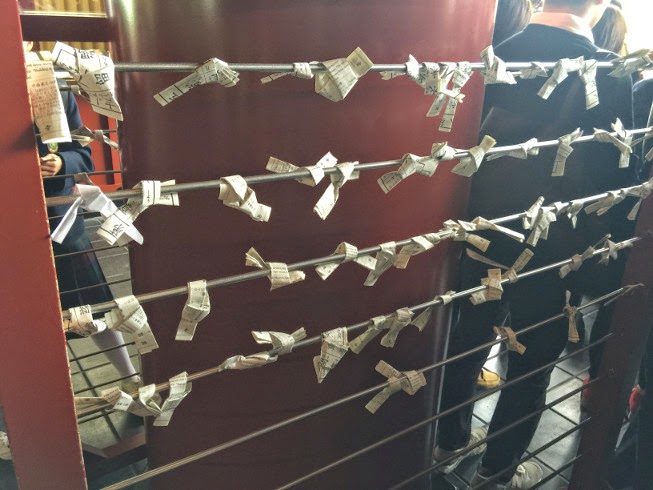 The grounds around the Sensoji Temple were very nicely kept and peaceful. 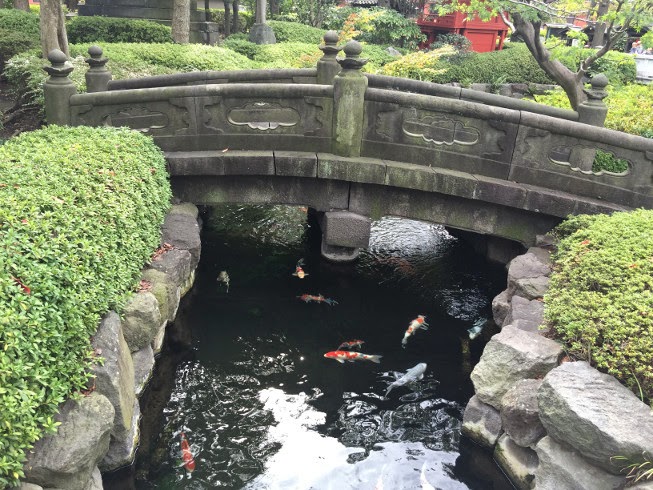 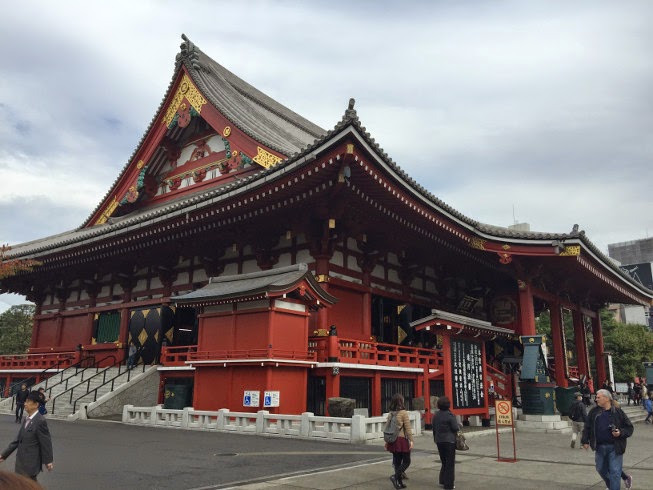 That’s it for Asakusa!